How to Kick Your Stress-Eating Habit

These binge-busting strategies will help you take control and create healthy eating patterns. 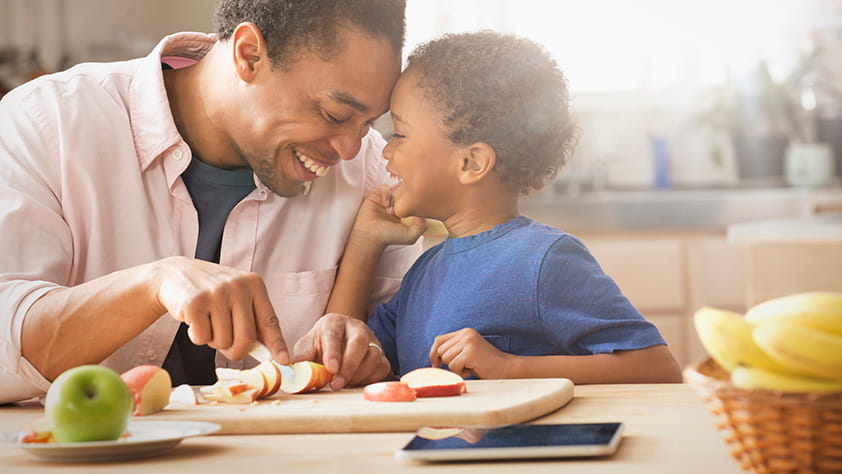 Most educators are chronically stressed from balancing the competing demands of parents, children and administration. And food is a powerful, albeit temporary antidote, particularly when you can’t ditch class to do a few extra yoga moves. In fact, certain foods (chocolate, we’re looking at you!) increase feel-good chemicals in the brain.

“Eating induces biochemical reactions throughout your body that are pleasurable,” says Susan Albers, Psy.D., clinical psychologist at the Cleveland Clinic Hospital and author of “Eating Mindfully: How to End Mindless Eating and Develop a Balanced Relationship to Food.” Most of us learned that food soothes even before we could talk, when our parents silenced our wails with a cracker or a piece of bread.

With these physiological and psychological forces at play, it’s no surprise that many of us continue to use food as a psychological coping mechanism: a reward if we’ve done something well and a source of comfort after a tough day. And while eating may temporarily distract you from your mounting to-do list, according to Albers, those underlying feelings always come back. “When you nibble past feeling full to stuffed, comfort quickly turns to discomfort.” What’s worse, stress eating may lead to weight gain or health problems, which will only add to your stress.

The good news: Breaking out of the destructive pattern doesn’t have to be difficult. Here, seven strategies for nixing the stress-eating habit:

1. Avoid hunger. Instead of relying on emotional cues to indulge, eat before you get hungry and plan out four to six meals a day, suggests Christine Gerbstadt, M.D., R.D., author of The Doctors Detox Diet and assistant professor at F. Edward Hébert School of Medicine of Uniformed Services University of Health Sciences in Bethesda, MD, who recommends noshing on a mix of protein, carbohydrates and fat four to six times each day to stay satisfied. Once you establish a habit of eating smaller portions throughout the day, you won’t be as vulnerable to overeating. And steer clear of the kitchen in the late afternoon or early evening. That’s when stress levels are often highest and you’re more likely to overeat.

2. Ditch sugar. Sugar is a common stress food fix because it instantly transports you to a happy zone. Scientists confirm based on animal studies that when we’re pumped with adrenaline, we consume more sugar. Not only do sweet foods help balance stress hormones, they also light up the reward centers of the brain, just like cocaine. And like cocaine, sugar makes us want more sugar, which can lead to excess intake, weight gain and chronic complications including heart disease and diabetes.

3. Visualize success. Take 10 minutes and picture yourself responding to your eating triggers in new and healthy ways. Instead of devouring a bag of chips after managing a chaotic classroom, imagine meeting a friend for a walk at recess. Instead of picking up fast food on the way home from school, picture yourself arriving home to a fresh salad you prepared earlier. Before you know it, these imagined scenarios will become second nature and you’ll be healthier to boot.

4. Take deep breaths. When you feel short of breath, anxious, or out of control, instead of diving into the cookie jar, breathe in slowly through your nose for a count of three. Pretend that you are going to whistle, then breathe out through pursed lips. Let the air flow through your mouth naturally just like you’re blowing bubbles.

5. Get some ZZZs. When you’re stressed, sleep is often the first thing to fall off the priority list—and that can be disastrous if you’re a stress eater. Not only do you lack the mental clarity to make good decisions (hello, chocolate cake!), but insufficient sleep also wreaks havoc on satiety hormones that tell you you’re full. In a review of 18 studies published in the Journal of the Academy of Nutrition and Dietetics, researchers found that a lack of sleep led to increased cravings for energy-dense, high carbohydrate foods.

6. Distract yourself. “Each time you have the urge to stress eat, pick another soothing activity like taking a hot bath, reading a novel or meditating,” says Albers. A California State University study tracking frequent snackers found those who went for a brisk five-minute walk when they felt frazzled were much less likely to grab a candy bar than those who sat at their desks. Experts claim that walking lifts serotonin levels and boosts mood so you’re less anxious—even without food! You can even arm yourself with a list of things to do instead of eating—and post it on the refrigerator.

7. Keep a food/mood journal. Before you can break the cycle, you have to identify which emotions trigger your binge fests. Write down everything you eat—and how you felt before, during and after you ate it, suggests Gerbstadt. Were you hungry or just stressed? Were you happy or sad? After a few days, you’ll have a good idea of which emotions send you straight to the kitchen. What’s more, writing down what you’re about to eat and your mood (e.g., stress), buys you time to figure out if you’re truly hungry or if you’re just trying to soothe yourself. 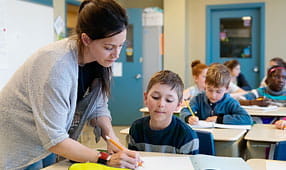 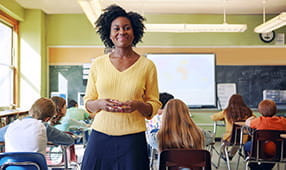 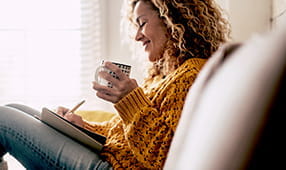 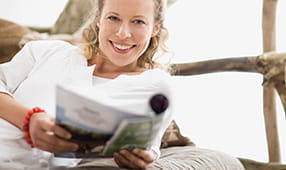 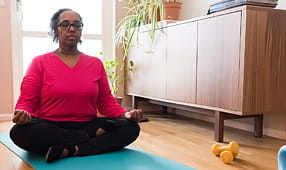 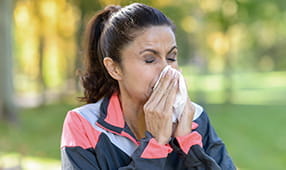 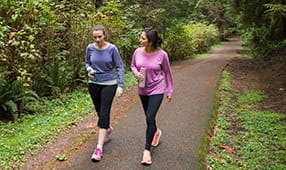 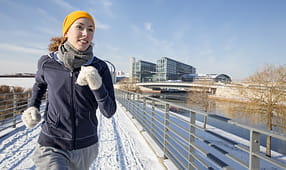 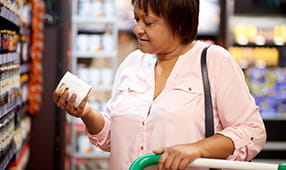 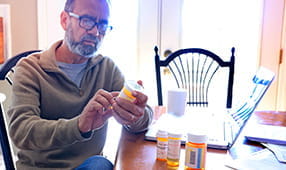 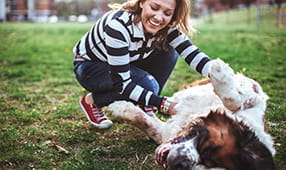