Miss an enrollment deadline for Medicare, and you could end up with no medical coverage for months and a lifetime of penalties. 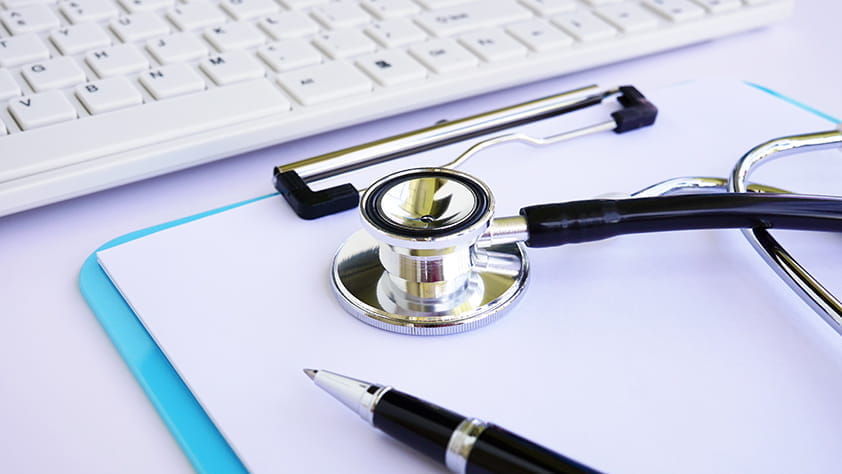 EDITOR'S NOTE: This article was originally published in the June 2012 issue of Kiplinger's Retirement Report.

Enrolling in Medicare for the first time is a cinch for most seniors. Several months before your 65th birthday, the federal government sends you a “You’re Eligible!” notice. You’re automatically enrolled if you’re getting Social Security benefits. Otherwise, you send in your application by the due date.

But for a growing number of seniors, Medicare enrollment is a mission to bureaucratic hell. The rules can be perplexing for individuals who retire early or stick with their employer health plan after they turn 65—especially if their spouse is covered by their employer plan. It’s easy to inadvertently miss an enrollment deadline. The possible consequences: months without insurance coverage and a lifetime of penalties.

Joe Baker, president of the Medicare Rights Center, an advocacy group, says confusion over enrollment rules is rising as people work longer, layoffs increase and dual-income families become more common. “It’s no longer 65 and then you retire,” he says. Corporate benefits managers sometimes are little help. “Folks are misinformed and uninformed about Medicare rules,” he says.

Over the years, Kiplinger’s Retirement Report has heard from many readers who have been tripped up by Medicare enrollment rules. To help avert further calamities, we’re answering some of the most common questions regarding the interaction of Medicare with workplace coverage, including COBRA benefits, corporate retiree health coverage and federal health plans. A great resource is the website of the Medicare Rights Center at www.medicarerights.org. You also can call its helpline at 800-333-4114.

If you are getting Social Security benefits when you turn 65, you will be automatically enrolled in Part A and Part B. Because you must pay a monthly premium for Part B ($104.90 for most people in 2014), you can turn it down. Follow the directions when you get your Medicare card to let the government know that you do not want Part B. Otherwise, the premium will be deducted from your Social Security payment.

You need to sign up yourself for Parts A and B if you have not started Social Security benefits by the time you turn 65. You should enroll in Medicare when you’re first eligible during your seven-month “initial enrollment period,” which begins three months before the month you turn 65 and ends three months after your birthday month. It’s best to enroll during the first three months; otherwise, your coverage won’t begin until after you turn 65.

An alternative is to sign up for a private Medicare Advantage plan during your initial enrollment period. An Advantage plan generally includes drug coverage, provides Part A and Part B, and covers many co-payments and deductibles as well.

You must have Parts A and B to buy a private Medigap supplemental insurance plan, which pays co-payments, deductibles and many other expenses that traditional Medicare doesn’t cover. You have six months after you enroll in Part B to buy any Medigap policy regardless of your health condition. “You’re only allowed one guaranteed-issue period,” says Paul Gada, personal financial planning director of Allsup, in Belleville, Ill., whose Medicare Advisor service helps individuals choose health plans. After that, he says, an insurer can reject you or charge you more if you have a medical condition.

Moving beyond the basics, the information in this Q&A should help you navigate the Medicare enrollment maze.

Q: I am turning 65 and still working. My wife and I have coverage from my employer, and we’d like to remain on that plan. Do I need to enroll in Medicare? How about my wife, who turns 65 in a year?

A: The answer depends in part on the size of your employer.

If your employer has 20 or more employees, neither you nor your wife has to enroll in Part B while you are still working. You should both enroll in Part A as soon as you are eligible because it’s free, although your employer’s insurance will be your primary coverage.

If you change your mind while you’re still working, you can drop your employer coverage and enroll in Part B. You will not owe the 10% late-enrollment penalty as long as you are working and covered by an employer plan up to the time you enroll.

If your employer has fewer than 20 employees, you should enroll in Medicare as soon as you are eligible because it becomes the primary payer, even if you have not enrolled. That means that your employer’s plan will not pay for any expenses covered by Medicare. These rules apply to your wife as soon as she is 65; until that time, she can continue on your employer plan as long as you keep the coverage for yourself as secondary.

Baker of the Medicare Rights Center says some small firms mistakenly tell employees that they do not have to enroll in Medicare. “What they do not realize is that the insurers do audits and check dates of birth,” he says. If an insurer pays a bill Medicare would have covered, it “can ask for the money back,” he says.

Q: Can I enroll in Part B and keep my employer’s insurance? Won’t that give me more coverage?

A: That rarely makes sense. If you work for a large employer and are on the company plan, Medicare won’t necessarily fill in the gaps. Say you have a $1,000 procedure, and your company plan pays $800. If Medicare’s rate for that procedure is $600, it won’t pay the $200 co-payment. Part B will only shell out if the private plan pays less than the government rate, Allsup’s Gada says.

While you’re still working, you can always decide later to drop your private insurance and sign up for Medicare without having to pay late-enrollment penalties. You should first compare coverage and costs of both plans, says Maura Carley, president and chief executive officer of Healthcare Navigation (www.healthcarenavigation.com), a Shelton, Conn., firm that helps individuals find the best coverage and manage claims and appeals. “If the benefits in the company plan are comprehensive and the company is paying for a majority of your premiums, you’re almost always better off staying with the company plan,” says Carley, author of Health Insurance: Navigating Traps and Gaps (Ampersand, $20). Also, she notes, corporate drug plans tend to be better than the coverage offered by Part D.

If you work for a firm with fewer than 20 employees, it’s rarely worth the cost of paying for the company plan as gap coverage unless your spouse needs it. Also, Baker notes that many health plans at small companies limit the choice of providers. “Medicare with Medigap and Part D provides good coverage,” he says.

Q: I am leaving my job at 67. I took a severance package with three years of full retiree health benefits. Will I need to sign up for Part B, or can I continue with my employer-based benefits? What about my husband?

It is absolutely essential to enroll in Part B as soon as you are no longer employed—even if you have corporate retiree health benefits. Because you are older than 65 when you’re leaving your job, you can enroll during your eight-month special enrollment period. The same goes for your husband, if he is 65 or older. Those who turn 65 after retiring must enroll during the seven-month initial enrollment period.

Once you are no longer employed, your group health plan will no longer be your primary coverage—even if you have not enrolled in Medicare. It will pay only for expenses that Part B won’t cover, and in some cases, it won’t pay at all. Once the insurance company realizes a beneficiary is eligible for Medicare, it may try to recoup any benefits it already paid out.

Even worse, you could find yourself without benefits for many months. Let’s say you leave your job in November and decide to stay on your retiree health plan. You don’t enroll in Medicare during your special enrollment period, which ends July 31. Your former employer’s health plan finally realizes that you should have enrolled in Medicare, and it stops paying claims. You can’t enroll in Medicare until January, and coverage won’t start for another six months—that’s 11 months without coverage.

A: If you are on COBRA and become eligible for Medicare, your COBRA coverage will probably end, according to the Medicare Rights Center. You should enroll in Part B during your seven-month initial enrollment period.

If you delay enrolling in Part B until after your COBRA benefits expire in 18 months, you will face a lifetime of late-enrollment penalties. Even worse, you won’t be able to sign up for Part B until the next general enrollment period.

If you’re already on Medicare when you become eligible for COBRA, you are allowed to enroll in COBRA. But COBRA becomes the secondary payer, so don’t drop Part B. Because COBRA is so expensive, it usually doesn’t make sense to keep it. With COBRA, you pay up to 102% of the cost of the employer plan. “The only time to take COBRA is if you have enormously expensive drugs,” says Carley.

Q: I’ve been on my husband’s employer plan. He recently retired, and we went on COBRA. He’s turning 65 and applying for Medicare. I’m not yet 65. Can I get on the COBRA plan?

A: Yes. A spouse can continue coverage after an employee who qualifies for COBRA is no longer covered by an employer plan. As a spouse, you can continue on COBRA for up to 36 months or until you’re eligible for Medicare.

Q: I am eligible for the Federal Employee Health Benefits program (FEHB). Am I better off signing up for Medicare?

A: The federal plan works differently from other types of employer insurance. You can choose FEHB, Medicare Part B or both. No matter what you choose, enroll in Part A because it’s free.

The first option is to take FEHB only. The program provides comprehensive coverage and better drug benefits than a Part D plan, says David Snell, director of retirement benefit services of the National Active and Retired Federal Employees Association.

In this case, Part A becomes the primary payer for hospital bills and the federal plan will fill in the gaps. However, you will still have to pay all co-payments, deductibles and co-insurance for your physician costs.

A second option is to take both FEHB and Part B. You’re paying two premiums, and, Snell notes, “most of the benefits you get with Part B duplicate what you get with the federal plan.” Medicare will act as the primary payer, and FEHB will pay the co-payments and other out-of-pocket expenses for hospital and physician services.

If you choose this option, Snell suggests buying a lower-cost FEHB plan. “It will take some of the pain away from paying the additional Part B premium, and you’ll still get complete coverage,” he says.

If you’re very healthy with limited drug costs, your cheapest option may be to suspend FEHB and go with a Medicare Advantage plan. Snell says that federal law allows individuals to suspend FEHB, enroll in an Advantage plan and “return at a later date if an individual needs additional coverage.” You cannot return if you only had Parts A and B and not Advantage, he notes.

Get supplemental coverage that helps pay for the roughly 20% of expenses not covered by Medicare, plus discounts on dental care, chiropractic care, vision care, hearing care and vitamins. 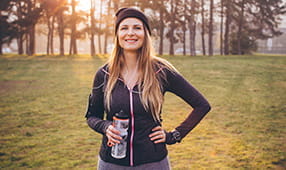 Stress can negatively affect you from your head to your toes, so check out these quick fixes to help ease the pressure.