Underpayment of taxes will result in a rather unpleasant surprise come April 15. Learn about options that can bring financial relief. 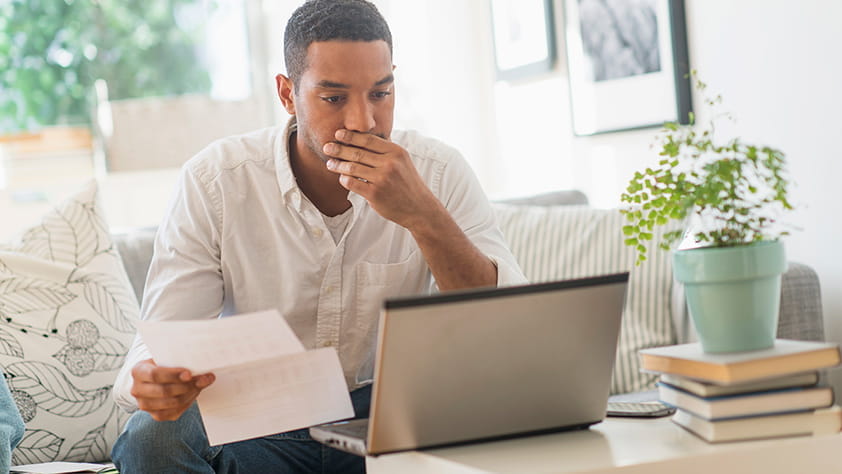 Maybe you didn’t withhold enough, forgot to pay estimated taxes for a side gig or you made another kind of honest mistake, and now you have a big, looming tax bill coming your way. This happens to many Americans, and, in certain cases, they will struggle to settle up on what they owe.

The consequences can grow quite costly: If you can’t pay taxes owed by the original filing due date, you’ll be subject to both interest and late-payment penalties, according to the IRS. The IRS advises taxpayers in this situation to file on time even if they can’t pay the entire balance. And it’s best to pay that balance as soon as possible to avoid additional charges. Specifically, the additional charges could amount to penalties of 5% of the tax due for every month, or fraction of month, that the return is overdue, according to Mark Luscombe, principal federal tax analyst at Wolters Kluwer Tax & Accounting.

“Several years back, the IRS issued new rules to help soften the blow for these taxpayers,” Luscombe says, “including increasing the threshold at which the IRS files a lien against their property, bank account or wages, which will impact credit ratings. Despite the changes, however, you’ll still face a host of issues for not paying when owed and need to understand the options available to address the debt.”

To learn more about five of these options, we talked to Luscombe and Shawn Spaulding, a San Marcos, Calif.-based tax attorney. As always, their advice represents their educated opinion alone. If you’re in a situation in which you face difficulties in paying taxes owed, we advise that you seek a qualified tax professional to help you make the best decisions for your individual case. You can also learn more about tax payment options on the IRS website.

Here’s what they had to say.

1. Get an extension. In many cases, the IRS will be perfectly willing to extend your deadline to pay. “If you can’t pay the bill when it’s due, but you feel you can do so within 120 days, you can ask and—if you owe less than $100,000—receive a short-term, administrative extension,” Luscombe says.

2. Borrow to pay it off. If you need more time than 120 days, you may want to consider a bank loan—possibly through home equity—or even your credit card. To reduce the interest burden of the latter, you could transfer what you owe into a new card with a favorable, introductory rate. “While going into debt to pay off a debt might not seem like a great option at first, the interest rate and fees assessed by a bank or credit card issuer may be lower than the interest and penalties assessed by the IRS,” Luscombe says. “Credit card payments must be made electronically, frequently through personal tax software or a paid tax preparer.”

3. Claim hardship. By being declared what the IRS calls a “Currently Not Collectible” account, you’ll receive an official delay in payment if you can demonstrate that making good on what you owe to the IRS would prevent you from meeting your basic living expenses. “Being currently not collectible doesn’t mean the debt goes away,” according to the IRS at its official site. “It means the IRS has determined you can’t afford to pay the debt at this time. Penalties and interest continue to accrue until you’ve paid off the debt in full.”

In this case, the IRS asks candidates to fill out a Collection Information Statement and submit proof of financial status, which should include details about their assets, monthly income and expenses. “Generally, a hardship status will prevent levies and garnishment for 12 months,” says Spaulding. “Still, if you owe more than $10,000, the IRS will record a lien in the county where you live, immediately after approving hardship status.”

As for how the IRS determines hardship cases, the agency generally assesses what should be reasonable, allowable monthly expenses. “In other words, you can’t claim $3,000 a month for a car payment,” Spaulding says.

4. Request an “Offer in Compromise.” For special circumstances, the IRS will accept less than the full amount due. “This typically happens when taxpayers show that the full debt could never be collected or they’re disputing how much is owed,” Luscombe says. “But neither party wants to enter into a legal battle to resolve the issue.” To make the request, all filings have to be current, and you can’t be part of an open bankruptcy case.

5. Enter an installment plan. If you can’t qualify for an offer of compromise, you can stretch payments (if the total is less than $50,000) over as much as 72 monthly installments. “You do this directly through the Automated Clearing House and avoid a lien filing, garnishments and levies,” Spaulding says. “To qualify, you’re not required to provide full financials like bank statements, pays stubs and bills, as with an Offer in Compromise or Currently Not Collectible situation.” A range of user fees apply. As with an Offer in Compromise, all filings have to be current, and you can’t be part of an open bankruptcy case.

How to avoid owing taxes next year

Obviously, you’ll want to spare yourself from this ordeal a year from now. Spaulding suggests these 3 steps:

Check your W-4. You have to ensure that your exemptions are accurately listed. “If there are too many, then your employer won’t withhold enough taxes and you will owe,” Spaulding says.

Be careful about withdrawing from your 403(b) and other retirement plans. If you’re in a tight spot and need that money, set aside enough to pay taxes on it. “Since those accounts are funded with pre-tax dollars, all the money you pull out will probably be subject to income tax, plus a 10% penalty in most cases,” Spaulding says.

If you freelance, make estimated tax payments. Many educators have a side gig. Whether you tutor or launch a home-based business, you must set up an estimated tax schedule and make quarterly payments. “The U.S. has a ‘pay as you go’ system,” Spaulding says. “This means you’ll remit taxes throughout the year—not just by April 15.” 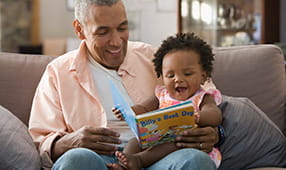 Are You Missing Out on These Educator Tax Deductions? 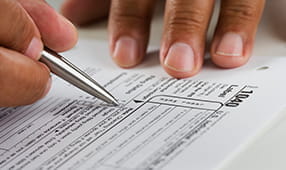