Looking to retire your snow gear when you exit the workforce? These 10 places are ideal for retiring if you hate the cold. 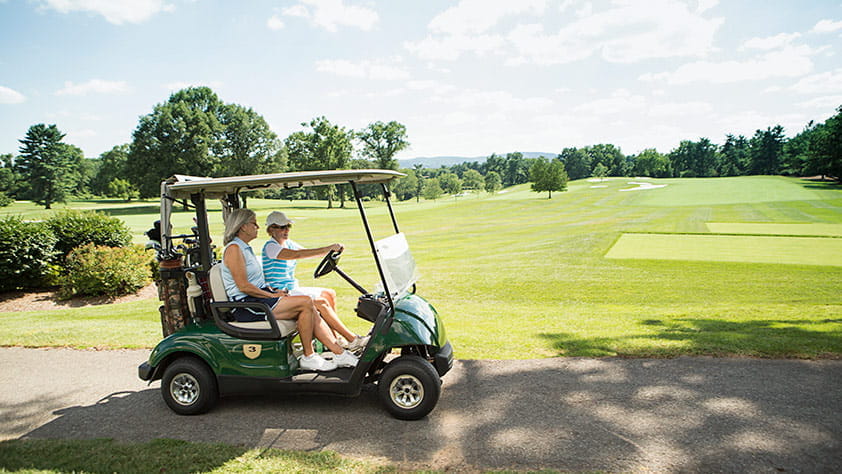 by The editors of Kiplinger's Personal Finance magazine

Are you hoping to retire your snow gear when you exit the workforce? We don't blame you. Harsh winters can be particularly difficult as you age. Older adults lose body heat faster than when they were younger, and their health can suffer before they even realize quite how cold they are, according to the National Institute on Aging.

If you're ready to say goodbye to cold winters for your own retirement, we suggest you consider the following hotspots. We highlighted one great retirement destination in each state, taking into account living costs, safety, median incomes and poverty rates for retirement-age residents, as well as residents' sense of well-being and the availability of recreational and health care facilities. Then, to shovel out the more wintry locations among those picks, we nixed places where the average temperature in January falls to the freezing point of 32 degrees Fahrenheit or below, according to the Weather Channel. See if any of the following 10 toasty retirement destinations feel just right for you.

The list is ordered by average low temperatures in January, from lowest to highest. See "How We Picked the Best Places to Retire" at the end of the list for details on our data sources and methodology.

With its low living costs and generous tax breaks for seniors, Georgia ranks third among our Best States for Retirement, behind only Hawaii and (surprisingly) South Dakota. And Augusta is ripening into a particularly peachy city. Revitalization efforts have been pushing especially hard over the past several years, looking to expand the area's appeal beyond the annual Masters golf tournament in April and its accompanying celebrations and tourism revenue. In a walkable downtown, retirees can enjoy new restaurants, museums, galleries and nightlife venues. And even more is on the way with a $94 million plan in the works to redevelop a historic train depot property on the riverfront into a modern mixed-use complex of offices, apartments, retailers and restaurants.

In the meantime, you can already enjoy running, walking and biking along the Augusta Canal and kayaking and cruising along the Savannah River. Augusta University, along with other area schools, adds some nice college-town amenities, including free classes for Georgia residents age 62 and up. The University also supplies the region with a top-notch health care network, including three hospitals and numerous specialists focused on oncology, geriatrics and senior health.

The small city of Corvallis, located about 85 miles south of popular Portland, offers a similarly laidback lifestyle, but with smaller crowds and relatively lower costs. The overall cost of living is 19.8% above the national average—still pricey to be sure, but much more affordable than Portland's living costs at 47.8% above average. And average incomes are comparable at $68,589 a year in Corvallis and $68,125 in Portland for all residents.

Beyond financials, the area has plenty to recommend itself. You can enjoy the great outdoors, hiking or biking along the more than 60 miles of surrounding trails, observing the local wildlife, or taking advantage of nearby fishing, kayaking and swimming spots. You can also indulge in the more intoxicating offerings of the area. Coravllis is home to more than a dozen wineries—naturally, being in the heart of the Willamette Valley—as well as four craft distillers for whiskey, vodka and more and six breweries right in town.

Nothing weird about retiring to this suburb of Austin. After all, being part of the same metro area, Round Rock gives you easy access to all the same amenities as the capital city, but at a more affordable price. Austin is already relatively cheap, with living costs for retirees 1% below the national average, but its housing costs for retirees are actually 5.8% above the national average. In Round Rock, on the other hand, they're 4.6% below average. Indeed, the median home value in Austin is a pricey $371,900 while in Round Rock, it's just $277,500, according to Zillow. (Both are higher than the national median of $229,000.)

On top of the attractions of nearby Austin, Round Rock has a lot to offer right in town, too. (Good thing because traffic in this metro area can be pretty frustrating, to say the least.) The downtown area hosts a long list of dining options, many of which stay open to lend themselves and their bars to the local nightlife. And developing the local arts and culture scene has been a focus for the city with the introduction of a growing collection of public art and art-centric events such as the Chalk Walk, SculpFest and regular artist workshops.

Low costs and friendly tax policies can make for a sweet retirement in the Magnolia State, and the capital is particularly alluring. Jackson is a surprisingly eclectic city that holds appeal for Civil War buffs, blues music aficionados and even ballet fans. Every four years, dancers from around the world flock to Jackson for the two-week USA International Ballet Competition to compete for medals, scholarships and spots in ballet companies. Similar competitions are held only in Russia, Bulgaria and Finland.

The Milken Institute ranks Jackson eighth among the best large cities for successful aging due to its affordability and an abundance of nurses, nurse practitioners and orthopedic surgeons, as well as caregiving options and geriatric facilities. Note, however, that the area's residents are prone to unhealthy habits that you don’t want to pick up in retirement, including low levels of activity and high levels of fast-food dining.

Southern charm, a rich history, city living and nearby beaches combine to make Charleston a uniquely attractive retirement destination. History buffs, in particular, can appreciate the city's Civil War sites, including Fort Sumter, and well-preserved antebellum architecture. The Preservation Society of Charleston is the oldest community-based historic preservation group in the country.

Foodies, too, can find plenty to enjoy along Charleston’s cobblestone streets, especially in the brunch and comfort food areas. And if you need to work off some of those calories, water sports, including surfing, paddle boarding and kayaking, are popular local activities—along with boating and fishing.

Laissez les bons temps rouler. That's Cajun French for "let the good times roll" and a phrase you ought to learn—and live by—when retiring to Lafayette. Known as the "Cajun Capital City," it's rich in history, distinctive foods, two-stepping tunes and, of course, Cajun and Creole culture. Nature lovers have plenty to appreciate in the area, too. Located on the Mississippi Flyway and the Atchafalaya Loop of America's Wetland Birding Trail, Lafayette offers an abundance of wildlife to observe, as well as plenty of rivers, swamps and bayous for paddling, fishing and exploring.

Plus, it's more affordable than the more (in)famous Louisiana city of New Orleans, which is about 130 miles east of Lafayette and comes with living costs 1% above the national average for retirees. So if you're hoping for a retirement that's like one long Mardi Gras celebration, and you want help your budget to stretch as long as the party keeps rolling, Lafayette is the place for you.

Part of the San Diego metro area, Carlsbad offers a small-city feel with easy access to big-city amenities. It has a vibrant cultural community, ocean-side living and sunny climate. You can also find 40 parks, more than 50 miles of hiking trails and a full calendar of artsy offerings, including Foreign Film Fridays in the spring and free concerts in the summer. (Not that there are really seasons in Carlsbad: Throughout the year, average highs fall between 62 and 71 degrees Fahrenheit, and average lows only go down to between 45 and 64 degrees Fahrenheit, according to Weather.com. And rainy days are rare.) Plus, you can choose among a host of retirement communities with ocean views.

Of course, you have to be able to afford it. Like much of California—where living costs are 69% above the national average, making it the second-most expensive state in the country behind only Hawaii—Carlsbad and the whole metro area is a pricey place to live. For example, the median home value in the U.S. is $229,000, according to Zillow; in California, it's $548,600; and in Carlsbad, it's (brace yourself) $860,700. And taxes throughout Cali also weigh heavily on your wallet.

Undoubtedly, many of you have considered the Grand Canyon State for its retiree-friendly climate and beautiful natural scenery. Unfortunately, the financial setting is not quite as picturesque: Average living costs in Arizona are 12% above the national average, according to Sperling's BestPlaces, while median incomes for seniors with earnings are below average at $50,254. Phoenix, though, offers a pocket of affordability, plus typically higher incomes.

And being the capital city, you can find plenty of attractions to keep you busy—world-class restaurants, professional sports teams and an array of museums, theaters and other cultural attractions. Of course, outdoor enthusiasts have more than enough to enjoy, too, with many hiking and biking trails within the city limits and even more to explore in nearby Scottsdale, Glendale and Tempe.

With its desirable climate and favorable tax status, Florida is filled with popular retirement destinations. Many of our favorite retirement spots in the Sunshine State can be found along the Gulf Coast including St. Petersburg, Sarasota and Punta Gorda.

Cape Coral's metro area includes Fort Myers, yet another great place to consider for your retirement. But Cape Coral is unique in its waterway access, offering more than 400 miles of canals for all your boating, fishing and water sports dreams. And land lovers can enjoy the area's beaches, golfing, tennis, parks and other recreational offerings.

Hawaii is well known for its beautiful beaches, enviable climate and high prices. In Hilo, on the Big Island, the overall cost of living is 36.4% above the national average, according to Sperling's BestPlaces. But at least that's more affordable than capital city Honolulu, on Oahu, where living costs are a steep 101.1% above the national average. The median home value in Hilo is $339,800, according to Zillow—still pricey, to be sure, compared with the U.S. median of $229,000, but much more reasonable than the $676,100 median in Honolulu.

And the local lifestyle is still priceless. The colonial town's mood is quiet and calm, but its location on the eastern coast of the island and near active volcano Mauna Loa offers plenty of opportunities for adventure. You can explore rainforests and waterfalls, as well as Hawaii Volcanoes National Park. In the downtown and waterfront areas, enjoy galleries, shops, restaurants and museums, including the 'Imiloa Astronomy Center.

How we picked the 50 best places to retire

To pinpoint one great retirement destination in each state, we weighed a number of factors: 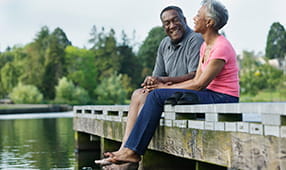 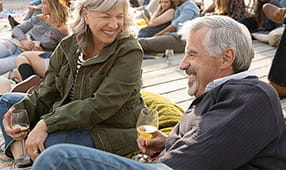 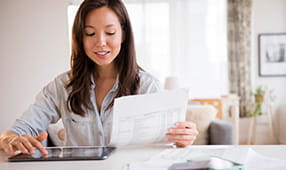 The Difference a Decade Can Make 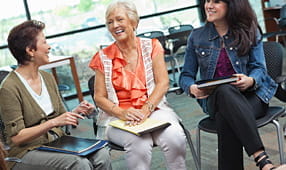 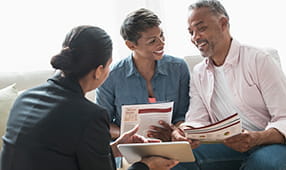 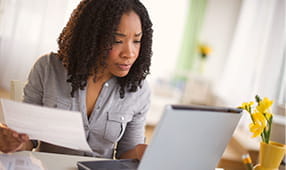 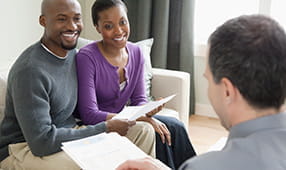 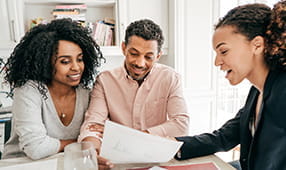 5 Steps to Get Your Retirement Planning Back on Track 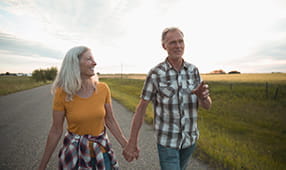 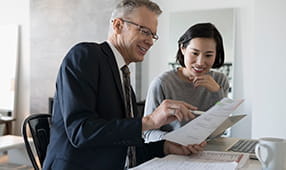 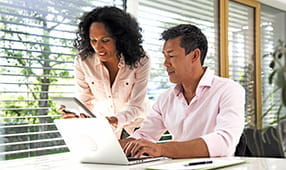