How to Rack Up Savings on Summertime Fun

Get discounted tickets to ballgames, amusement parks and more with these savvy summer steals. 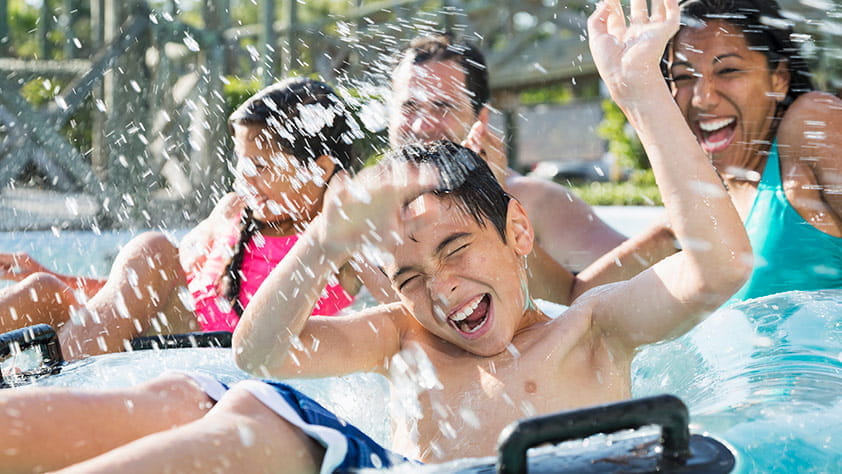 Going to a ballgame, movie, show, amusement park or other entertainment spot can be lots of fun—but it can get expensive quickly! For many of us, the cost of tickets, parking, food, souvenirs and other goodies spurs a serious case of sticker shock.

The good news: There are lots of ways to save money on “big ticket entertainment,” says Kate Horrell, an Annapolis, Maryland-based financial coach who specializes in middle-income families.

Take time to carefully review the website of whatever attraction you want to visit. Look for special discounts, combination deals and reduced-price or free days, Horrell suggests. “Search the Internet [to] learn the tricks that other people have already discovered,” she adds.

Here, six savings experts explain how we can pare those entertainment prices down to a more affordable level.

“The best way to save on entertainment tickets and admission fees is to use third-party ticketing websites such as StubHub or TickPick,” says Atlanta, Georgia, entertainment costs expert David Bakke at MoneyCrashers.com, a website focused on helping people make wise choices about money matters.

“I recently got eight seats together for a hockey game in Tampa, Florida, and paid about 30 percent less than if I purchased them at the box office,” Bakke says.

“Deal of the Day” websites, such as Groupon or LivingSocial, are a good option too, Bakke says. “I’ve purchased tickets to bounce houses and other kid-friendly entertainment activities for half-off.”

Check your school’s employee benefits page before you buy tickets for anything, advises John Drabkowski, vice president of operations at ConcertFix, a Florida-based company that provides concert and tour information for more than 4,000 popular artists and helps connect people with tickets.

For example, as an NEA member, you can search for discounts on concert and theater tickets, sporting events and more at the NEA Discount Marketplace.

Broadway shows are a luxury item for most people since tickets can run as high as $150 to $350 each, says Geraldine Anello, a classical and Broadway pianist in New York City. “But it doesn’t have to be that way.”

Try Lady Luck. “Most Broadway shows have a lottery before each performance,” Anello says. You must sign up in person two hours before the performance and if your name is drawn and called 30 minutes prior to the show, she says you could score four tickets for good seats at $20 each.

Rush tickets are another “fantastic” bargain, Anello says. Each theater has its own policy, but in general “you can go as early as the box office opens that day and get tickets ranging from $30 to $55” each, she explains.

If you plan to see a few shows per year, buy a subscription to the Theater Development Fund, or TDF, for less than $35 to get access to the lowest rates on any Broadway and off-Broadway show. Subscriptions are yearly and offer “an incredible resource for teachers, artists and military,” Anello says.

If you plan to see a show with your class, ask to talk to the “group sales person of the show you want to see,” because group tickets are “always cheaper than individual ones,” Anello says.

Take a class. “In New York,” Anello says, “there are organizations that partner with specific shows so you can bring your group to a performance-related class taught by one of the cast members from the show” and “then you get to see the show. How cool is that!”

When you plan to visit a museum, schedule the trip to take advantage of free or reduced price days, Horrell suggests. “For example, the National Aquarium in Baltimore offers discounted admission on Friday evenings,” she says, “and [admission fees for] kids are free at the San Diego Zoo in October.”

San Francisco’s Asian Art Museum reduces its regular admission charge to a flat $10 after 5:00 pm on Thursdays during the spring and summer and offers free general admission to all on the first Sunday of every month. “We’re the only museum in San Francisco that has its monthly free day on a weekend day for greater access to the working public,” says the museum’s director of communication and business development, Tim Hallman.

Instead of buying souvenirs at the game or show, pre-plan the mementos you want to buy and shop for them at area discount stores, Horrell suggests. “Most big stores near tourist attractions offer T-shirts, coffee mugs and other mementos at a fraction of the price” you’d pay at the attraction, she says.

On her family’s last Disney trip, Horrell says, “we stopped at a discount store for Disney branded notebooks and colorful Sharpie markers so the kids could get character signatures” when they arrived at the Disney venue.  Everyone was happy and she says “those treasured souvenirs cost less than $3 each.”

Or consider buying souvenirs on eBay, suggests Bakke. “It might take a bit of fun out of the experience, but you’ll save a bundle compared to purchasing them at the venue.” If that’s not an option, shop around before you buy. “Prices do vary,” Bakke says. “In my experience at the larger theme parks, you can uncover some cheap gems by looking at the souvenir shops located toward the rear” of the park.

“Don’t even think about smuggling food into the event,” warns Raleigh, North Carolina, blogger Beth McIntire. “Most venues will confiscate it.” You probably won’t be allowed to carry in a large purse or tote “and they search even the smallest purses.”

One easy way to save on snacks and foods is by eating before you go, Bakke says. But if you plan to eat during the day, you could pack a picnic and eat away from the attraction, Horrell suggests. To make brown-bagging it feel less like a sacrifice, splurge on a few treats your family doesn’t usually have (and that cost less than expensive snacks and meals at the venue). Her kids “are much more receptive” to the idea of packing a lunch “if I throw in a few treats that I usually wouldn’t buy.”

At circus concessions, McIntire says foods and treats kids want most are often bundled with souvenirs that boost the cost. For example, cotton candy may come in a circus hat with a $14 price tag and a snow cone may cost $11 because it’s in a take-home cup. Even “the few food options that don’t come with a flimsy keepsake cost at or above movie theater prices” such as about $4.50 for a drink, $7.50 for a large popcorn, $3.50 for a bottle of water, McIntire adds.

Make it easier to resist temptation. Before you go, set spending limits and per-person budgets for everyone. “If you set a firm limit ahead of time,” McIntire says, “the kids may be more likely to select only what they’ll really enjoy eating rather than everything they see that looks tasty.”

There are lots of ways to cut expenses, but what works for one family might not be a good fit for another.

Discuss a range of options with your family. Talk about which aspects of the event or activity you’re planning are the most important to each of you. Which are nice but not essential? What could you skip without feeling deprived?

“Consider your family’s priorities and tailor your spending to make sure you get to do the things that you really want to do,” Horrell says. If your family loves baseball and the game just wouldn’t be as much fun without having hot dogs and soft drinks—even if they are pricey—take a look at what other aspects of the event they feel are less special. For example, Horrell asks, would less expensive seats be acceptable if that meant you’d save enough to spring for hot dogs and drinks?

Talk about what trade-offs work for you and you’ll find lots more ways to save. 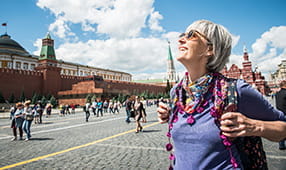 How to Find Senior Travel Deals for Affordable Vacations 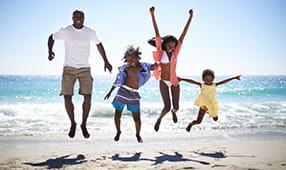 Plan Now for Your Best Summer Vacation Ever 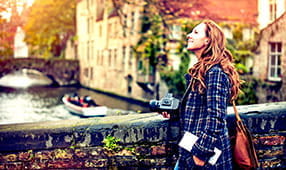 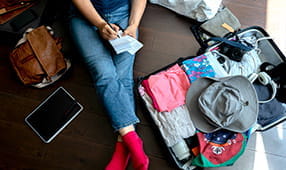 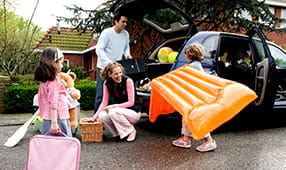 How to Save on Last-Minute Summer Travel 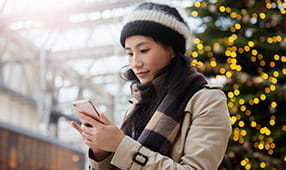 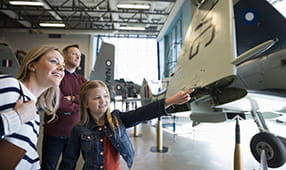 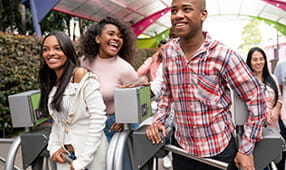