If your summer plans involve roller coasters and water slides, check out these insider tips to help you spend your time and money wisely. 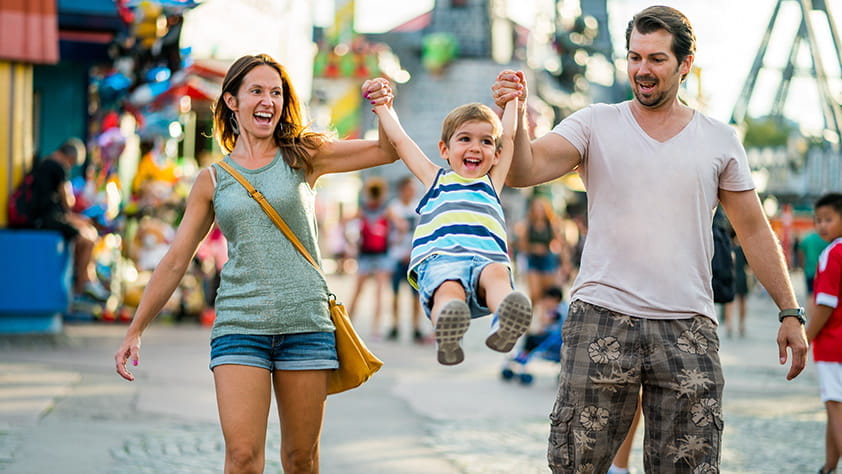 Visiting amusement parks is perhaps one of America’s most beloved pastimes, but it can get expensive very quickly. So we called in theme park experts to suggest ways you can save time, money and make the most of your next visit to the country’s best parks.

1. Shop around to get the best deals on tickets

When it comes to finding the best deals on tickets, go online. Start following your favorite park’s Facebook and Twitter pages, where they often announce deals and last-minute discounts. Check the park’s website; ThemeParkInsider.com has a list of the major theme parks’ websites, where you can find tickets, special offers and more.

Kubersky also recommends Orlando Ticket Connection for purchasing tickets in Florida. “Carefully check your travel dates ahead of time with the resort’s online calendar if purchasing a 1-day ticket, because Disney and Universal now levy surcharges on certain peak attendance days, and you may not be admitted if you don’t have the proper dated pass.”

Other places to compare: Undercover Tourist sells discounted Florida tickets and Ares Travel has the best deals in California.

“Never buy partially used tickets from a third-party discounter,” warns Kubersky. “They may be rejected at the turnstile.”

Take advantage of discounts you can get through your NEA membership. Check the NEA Discount Tickets Program for deals on admission to your theme park destination, and search for discounts on flights, rental cars, hotels and more through the NEA Travel Program. Also check for deals through any other memberships you have, such as AAA or AARP.

Many parks offer other deals to qualifying participants early in the summer season, such as Busch Gardens’ Sesame Street Forest of Fun Preschool Pass, which provides free admission to Virginia residents between the ages of 3 and 5, and SeaWorld of San Diego, which offers a complimentary Teacher Fun Card to active and credentialed California and Arizona K-12 school teachers.

If you know you’ll be a frequent visitor, it’s worth looking into becoming an annual pass holder, as parks often sell deeply discounted tickets to members. Each park has its own rules, but you’ll typically receive 10-20% off purchases inside the park and get free parking. “Disney’s pre-paid meal plans are challenging to get good value from unless you always order the most expensive entrée, but Universal Orlando’s quick-service dining plan will save you a few bucks if you use the snack credit on a Butterbeer (which you’ll definitely want to try),” says Kubersky.

“Parkhoppers are a must at Disneyland, and especially Universal Orlando, where you must have a park-to-park ticket to ride the Hogwarts Express train between the two Wizarding World of Harry Potter areas,” says Kubersky. But generally speaking, because the parks are so spread out, they’re usually not recommended unless you are visiting for more than four days.

That being said, there’s a new service that makes Parkhoppers much more valuable. “For $15 per day, or $24 per week, the four WDW parks now offer an Express bus that takes guests from specially designated locations inside the gates of one park to another, bypassing all touchpoints, turnstiles and security checks after the first entry, and greatly reducing commuting times,” says Kubersky. “Using it, I was able to do attractions in all four parks within a 6-hour span, even on a busy day.”

Another option is to simply spend a full day at each park. “If you’re feeling so rushed that you stop having fun, you’re not getting value for your money,” says Robert Niles, editor of ThemeParkInsider.com.

Some parks provide more flexible park-hopping passes, like Busch Gardens’ 2-Park Flex Ticket, which provides unlimited visits to Busch Gardens Williamsburg and Water Country USA for seven consecutive days. If you want to get the most bang for your buck, consider purchasing ride-skipping passes at Six Flags, Universal and other parks (except Disney). “While they can be expensive, they can be worth the price by allowing you to get on many more popular rides on busy days,” Niles says.

While there are no longer any reliably “empty” seasons anymore—parks have become so skilled at managing their attendance through discounts and special events—the least busy weeks to visit include mid-January through mid-February, late August through September and early December, says Kubersky. “But even then you can encounter crowds, so the best way to find the least busy days is with a crowd calendar, like the one at TouringPlans.com.”

“No matter what time of year, the most important thing is to arrive early—at least 45 minutes before official park opening—and be among the first people in the park,” says Kubersky. “You can see more rides in the first hour than in the next 3 combined.”

Don’t forget to check with your hotel for line-skipping services. “If you’re going to Universal Orlando, consider staying at one of their on-site hotels that offers free Express Passes. For a family of four, the price of one room night can be cheaper than the two days of unlimited line-skipping passes that are included. If visiting Walt Disney World, pre-purchase your park passes and register them with the My Disney Experience website so you can book your FastPass+ reservations in advance, a necessity for popular attractions like Epcot’s Frozen Ever After,” suggests Kubersky.

Don’t push yourself to the breaking point, cautions Niles. “It’s fine to take a break in the middle of the day, when heat and crowds are at their worst; then come back to the park in the evening, when the temperature and the lines start coming down,” he says.

Kubersky agrees: “Once your tickets are bought, the only important thing is that you enjoy yourselves, which sometimes means slowing down and taking a break.”

It’s supposed to be a vacation, after all.