Prepare to be wowed! These 5 above- and below-ground natural spectacles across the US rival the Grand Canyon or Niagara Falls. 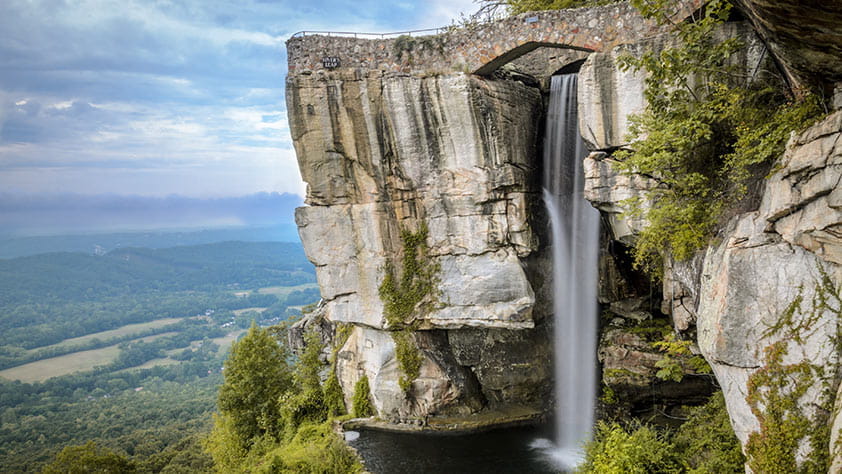 The sheer size and scale of the United States presents a treasure trove of travel opportunities for Americans. Our natural wonders and wildlife spectacles are some of the most awe-inspiring that you’ll find anywhere on the planet. Some sights, like the Grand Canyon, are world-famous. Others, such as the synchronous fireflies in the Smoky Mountains, are less conspicuous and require you winning a specific lottery to attend.

If you’re adventurous, delve below the earth’s surface to take a subterranean boat ride in Indiana, or stroll behind an underground waterfall in Tennessee. Be wowed by a nighttime rainbow in Kentucky, or by the sun becoming “eclipsed” by hundreds of cranes in Nebraska. You can even stir up your own bioluminescent glow in Washington.

If you’re ready to let the nation’s natural resources inspire you, visit these five spectacles. 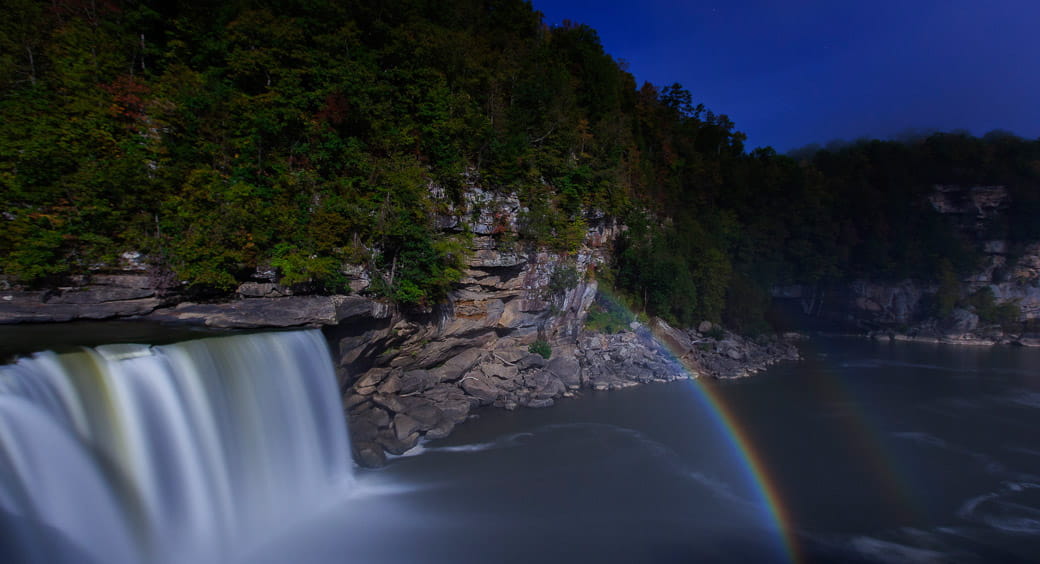 In Kentucky’s Cumberland Falls State Resort Park, a full moon, a clear night and the mists of a waterfall combine to create a “rainbow” in the night. The phenomenon stirs a sense of the mystical and dreamy, but is actually the product of science.

Steep walls of the wide gorge, supporting the 68-foot-high, 125-foot-wide Cumberland Falls, capture large amounts of mist. If the moon is full or nearly full, the moonlight can create a lunar rainbow, also known as a “moonbow.” This nighttime counterpart to the sun’s rainbow may appear ghostly and white, but when it’s very cold and clear, the moonbow colors glow.

Other places in the U.S. have occasional moonbows, but at Cumberland Falls (also called “the Niagara of the South”), any full moon, year-round, could produce these memorable arcs. River rafting, horseback riding and hiking can all be enjoyed by day, before heading out as a moonbow-seeker at night. Admission to the park is free.

Lesson-plan resources: Use this lesson plan to teach your students how to make a rainbow.

Where to stay: Camp sites, cottages, Woodland Rooms and the DuPont Lodge can all be reserved through the Cumberland Falls State Resort Park | Red Roof Inn & Suites Corbin

Myst’ry, in Bluespring Caverns near Bedford, Indiana, is the longest underwater river in the U.S. A customized, 17-passenger aluminum boat offers 1.25-mile rides through caverns that are 1.75 million years old, which is still young by cave standards. With sculpted rocks overhead and northern blindfish or cavefish, and crawfish below, the hour-long voyage includes a guide who explains how caves are formed. Tours run between March 16 and Oct. 31 ($18 for adults and $10 for children 3 to 15 years old). 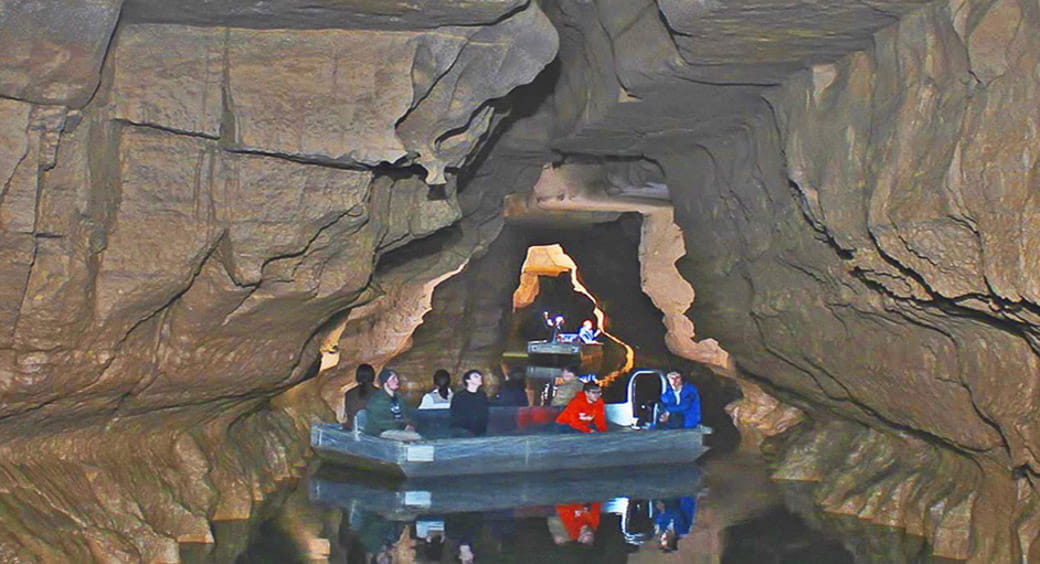 Above the cave, geology lessons can continue with a hike on an interpretive nature trail around a 10-acre sinkhole and a mining attraction, where you might find and keep fossils, arrowheads and gems from around the world. (Packages range from $4 to $9.) About 30 minutes away, Spring Mill State Park includes a Pioneer Village founded in 1814 and a memorial to astronaut Virgil “Gus” Grissom, complete with the Gemini 3 Molly Brown capsule. The Land of Limestone Museum in Bedford honors the local limestone that helped build many landmarks, including the Empire State Building and the Washington National Cathedral.

Lesson-plan resources: Plan a lesson about cave animals with this resource from Bluespring Caverns.

3. A wildlife spectacle of cranes 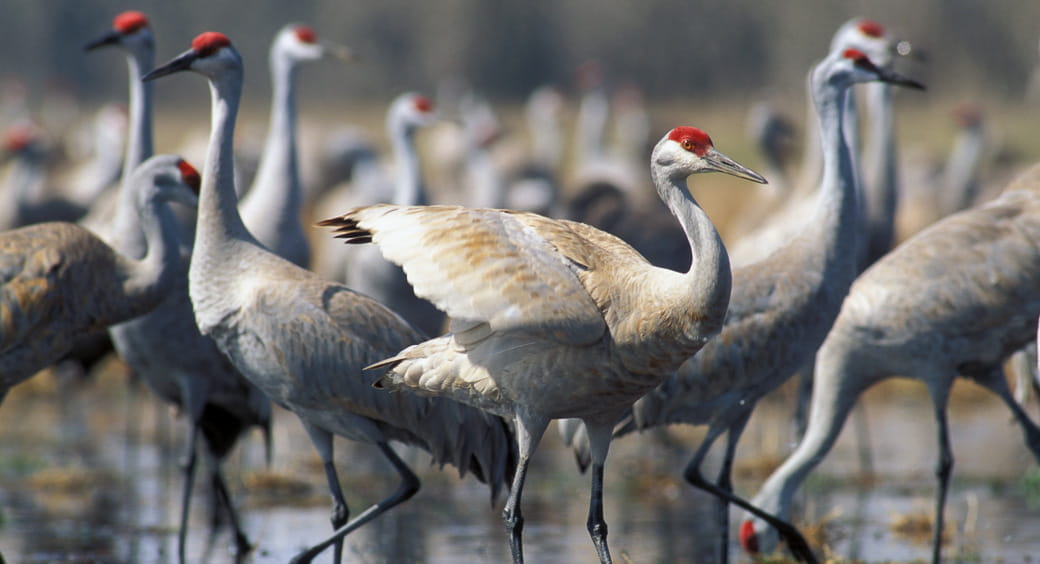 Every spring in Nebraska, almost half a million sandhill cranes pause in their annual journey to rest and revive in the Platte River Valley area of the Great Plains. Visitors can sign up to wait quietly in dark bird blinds for the sun to rise, as thousands of birds spread their 6-foot wings and rise into the sky to forage. Visitors can also perch before sunset and hear—and then watch—as thousands of birds return. The cranes may perform mating dances, contend with hawks or eagles or ride the thermals.

The more than 40-year-old Crane Trust in Wood River offers wonderful crane-viewing opportunities, and the Rowe Sanctuary outside Gibbon also provides prime seats and an overnight option. (Prices start at $15 and $10, respectively.)

Fort Kearny State Historical Park and a bridge at the Fort Kearny Recreation Area provide free public viewing of the cranes. As an added bonus while in the Great Plains, the prairie chicken mating dance is an unforgettable experience.

Lesson-plan resources: Multimedia stories, STEM-based curricula and interactive games combine to teach about the Platte River area. In addition, the Audubon Society shares great information about the cranes and even maintains a “crane cam” each spring.

4. The largest U.S. waterfall in a cave 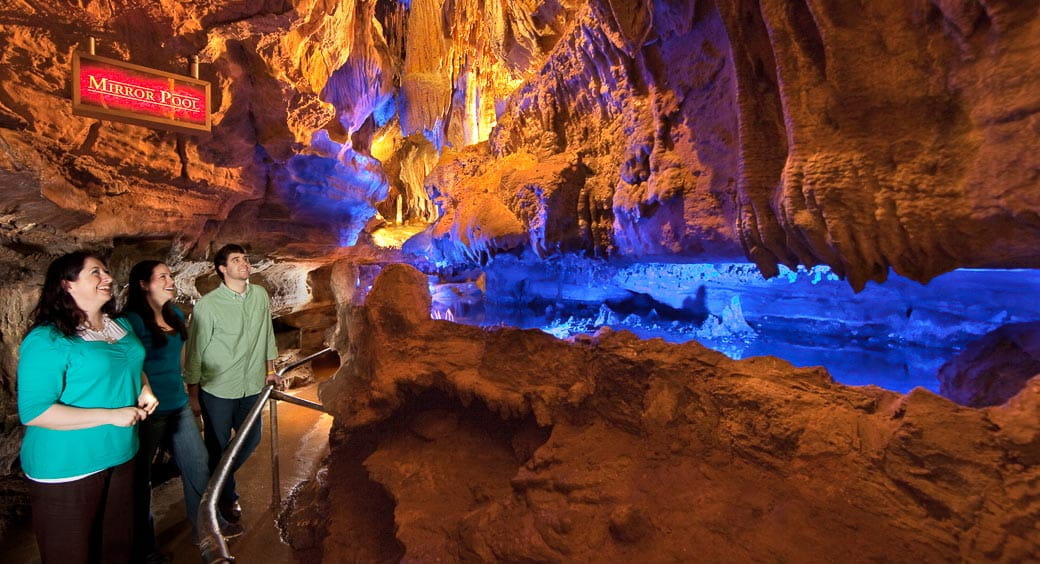 If you want to stay cool and see cool things, head to Chattanooga, Tennessee, and visit Ruby Falls in Lookout Mountain. You can take one of the world’s steepest passenger railway to the mountaintop, where you can enjoy diverse attractions at Rock City. You can then go down the Incline Railway and walk deep into the earth, past stalagmites and stalactites.

Ruby Falls, located in one of the deepest commercial cave in America, is also the largest underground waterfall in the country. A colorful LED light show plays with the water that cascades 145 feet. The temperature stays 59 degrees year-round 1,120 feet below the ground of Lookout Mountain.

Leo Lambert, a local fan of caves, first saw the falls in 1928. The second time he visited, he took his wife Ruby and named the falls after her. By 1930, Ruby Falls was open to visitors. Admission prices range from $12.95 to $21.95 for Ruby Falls, and more if you want to take the Incline Railroad and visit Rock City.

Lesson-plan resources: Ruby Falls has curricula that includes how to build a stalactite. The Rock City curriculum also teaches geology and botany. 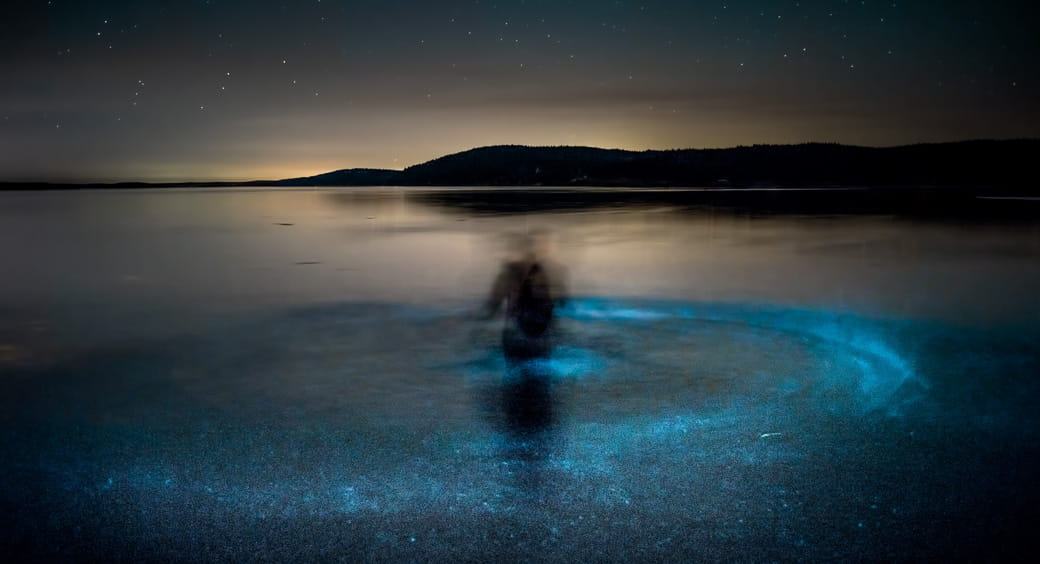 Dip your paddles into the Pacific Ocean and create blue and green ripples of glowing wonder, as kayaks leave colorful wakes in the summer nighttime sea off Washington’s San Juan Island. The nutrient-rich waters can offer whale watching by day and underwater fireworks at night as tiny, single-celled plankton (called dinoflagellates) flash light when agitated.

Compared sometimes to the ocean’s version of the northern lights, shooting stars or fireflies, the bioluminescent show is different every night. Darting harbor seals may trail jet streams of color. A cross-hatch jellyfish that eats the plankton may glow extra brightly. Fingers swirling through the water paint illumination that then vanishes into the night.

Bioluminescence is best viewed when the moon is not full, the sky is overcast and there is no ambient light. Discovery Sea Kayaks in Friday Harbor of San Juan Island is the only outfit there that offers guided bio-tours, so reserve in advance for the summer wonder ($125 for four-hour tours, participants must be 12 years or older). Locals say you can enjoy some of the light show for free from Jackson Beach.

Lesson-plan resources: The American Museum of Natural History shares how to make “Creatures of Light.” 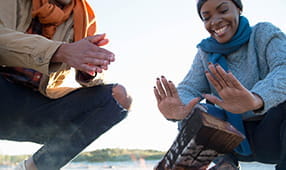