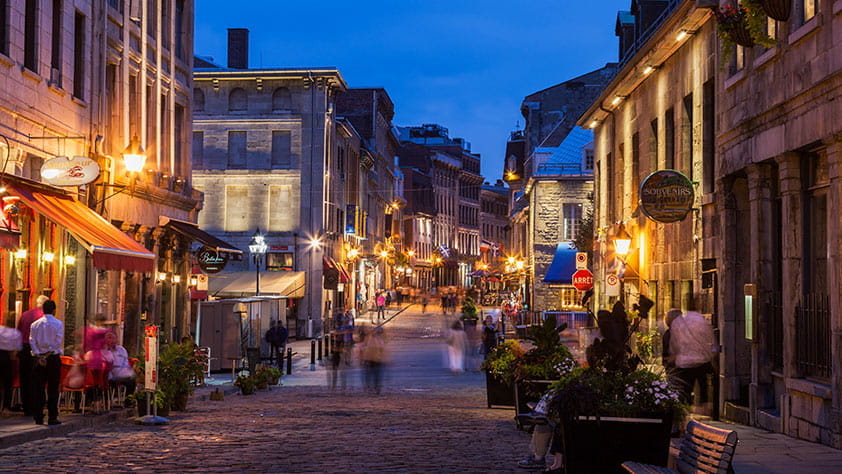 A big-city vacation doesn’t have to cost big bucks. A strong U.S. dollar (as of fall 2015) means now is a perfect time to visit these dynamic—and distinct—Canadian cities: the historic British port of Halifax, très français Montréal and the cosmopolitan melting pot of Vancouver. 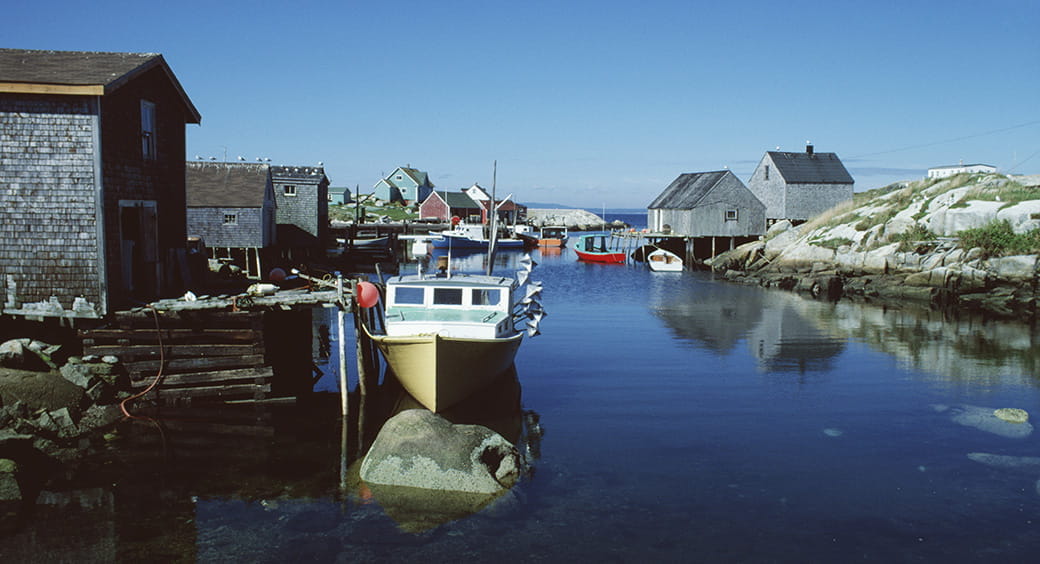 Captain Cook once roamed the cobbled streets of Halifax, Canada’s oldest British city. Founded in 1749, it is currently the provincial capital of Nova Scotia. Set on a peninsula that forms a deep, ice-free harbor, the handsome location of Halifax makes it an ideal Atlantic seaport complete with salty charm.

Halifax’s downtown waterfront hums with activity. A stream of locals and visitors alike stroll and jog along the wharves, where beautifully preserved warehouses from the late 1700s and early 1800s house all manner of specialty shops and restaurants. Seafood, naturally, tops many menus. The Maritime Museum of the Atlantic, the oldest and largest maritime museum in Canada, includes more than 30,000 artifacts documenting Nova Scotia’s seafaring heritage from sail to steam to modern day.

Modern Halifax extends from the waterfront up a terraced hillside to the city’s other renowned historic site, the Citadel. It took 28 years to build this massive, star-shaped stone fortress in the early 1800s. Parks Canada provides guided tours and living-history programs at the site, which also offers outstanding views of the city and its sparkling harbor.

From downtown, visitors can easily explore the coastline up close. An impressive array of trails winds along the waterfront through the city and beyond. Sandy beaches and water sports beckon in nearby provincial parks such as Crystal Crescent Beach. Rocky coastline drives past lighthouses and fishing villages, including the oft-snapped Peggy’s Cove, make for memorable vacation photos. 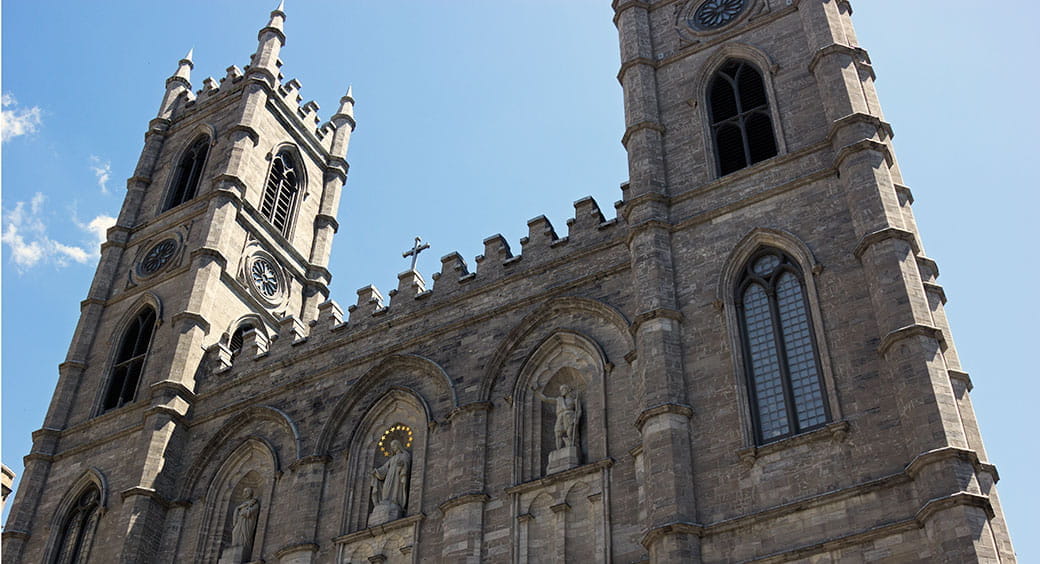 With its French-speaking locals, haute-cuisine restaurants and joie de vivre ambiance, Montréal is a stronghold of French culture. Yet it’s less than 50 miles north of the New York-Quebéc border, set on an island in the St. Lawrence River.

Vieux Montréal (“Old Montréal’) is the historic heart of the city. Flower-filled window boxes spill spectacular color from centuries-old limestone buildings that charmingly crowd the cobblestone streets. Start your visit at Place Jacques-Cartier, filled with sidewalk cafes, flower stalls, street performers and horse-drawn carriages. The 1705 Château Ramezay Historic Site, once the government seat of French Canada, now depicts early French-Canadian culture and history. With its tall twin spires, the 1829 Notre Dame Basilica resembles the Paris cathedral on the exterior; inside, the cavernous cathedral is a showcase of Montréal artistry, with exquisite woodwork and stained glass windows depicting the city’s history.

The nearby 19th-century Bonsecours Market is another key landmark. Featuring a grand silver dome, it was long the city’s primary public market. After narrowly escaping demolition, it once again thrives with upscale boutiques and bistros. The bustling marketplace anchors the popular strolling venue of Rue Saint-Paul, Montréal’s oldest street, paved with stones and lined with elegant shops and art galleries. 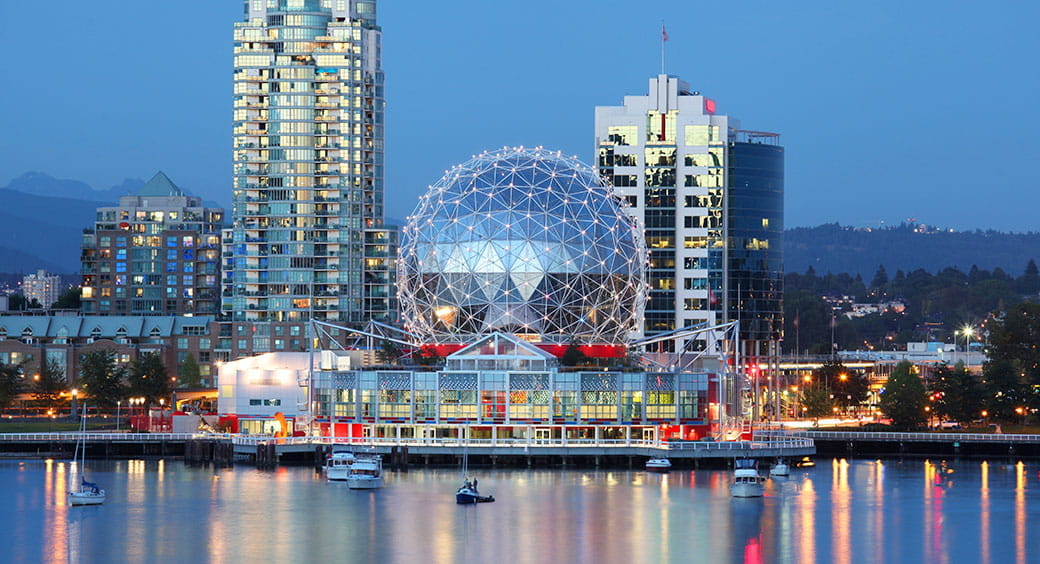 Vancouver feels as fresh and vibrant as its charismatic setting, wedged between the briny Pacific and the forested Coast Mountains, and has a unique, energetic mix of cultures and languages. First Nations peoples such as the Squamish and Lil’wat are renowned for their incomparable art and heritage. Waves of European immigrants arrived after World War II as this timber town transformed into a major commercial center. And since the late 20th century, Vancouver increasingly reflects its role as a gateway to the Pacific Rim, becoming home to the largest Chinese population in North America. 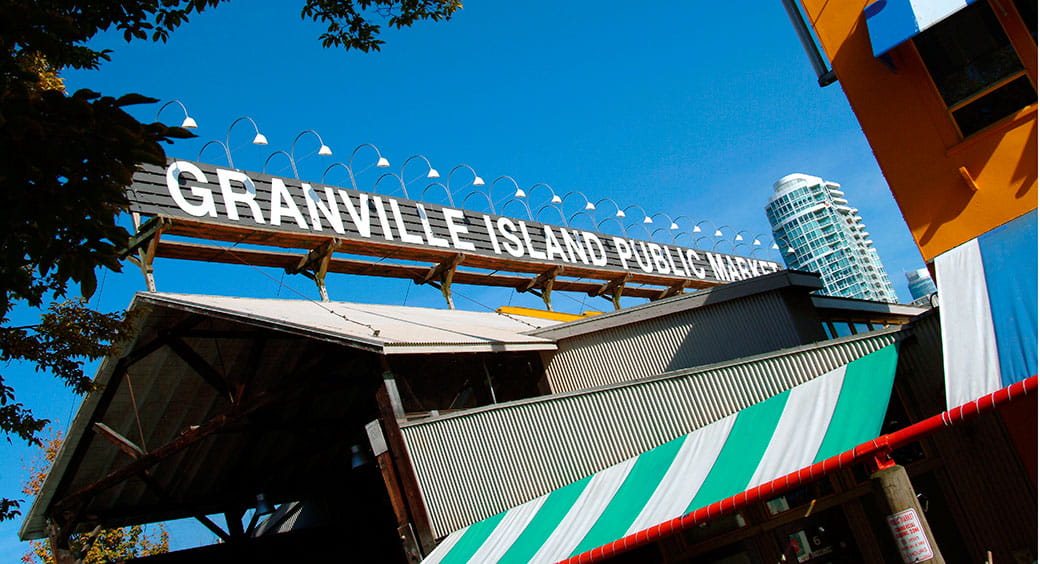 The Granville Island Public Market is a great place to get a first taste of the city, figuratively and literally. Classic waterfront seafood restaurants, ethnic eateries and quick-serve stalls selling all manner of local foodstuffs come together in a colorful mash-up of flavors and aromas. A few miles east, Chinatown and the serene Dr. Sun Yat-Sen Classical Chinese Garden feel like a quick trip to a distant continent.

Get a feel for Vancouver’s enviable natural setting at Stanley Park, a 1,000-acre thumb of land hooking out into Burrard Inlet. A 5.5-mile paved seawall pathway traces its shoreline. Trails also extend east along the downtown’s inner waterfront and west to favored waterfront hangouts such as Kitsilano Beach. Across the Lion’s Gate Bridge, the Capilano Suspension Bridge offers a treetop view of the Pacific Northwest rainforest.

Many of the city’s finest museums also enjoy spectacular settings. On a cliff above the Strait of Georgia and English Bay, the University of British Columbia’s Museum of Anthropology brings to life the First Nations tribes that are so intertwined with this landscape.

Save on your next adventure