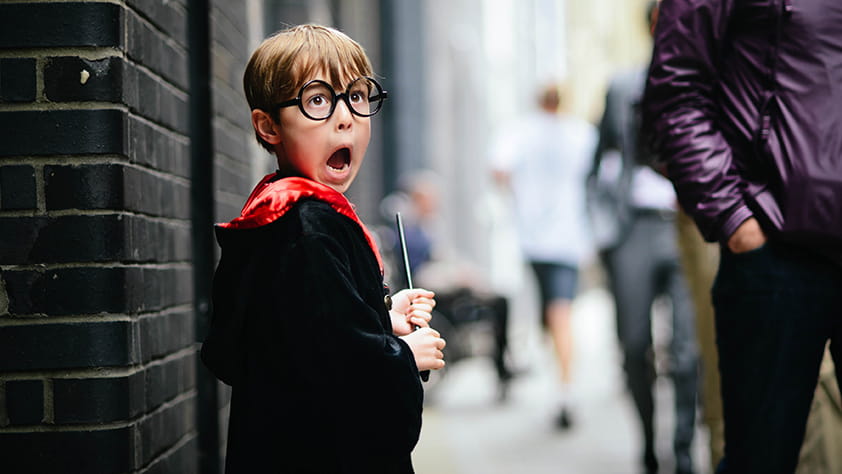 Remember the first time you read or watched J.K. Rowling’s tales of Harry Potter and his friends at Hogwarts School of Witchcraft and Wizardry? Did you want to be transported to Hogwarts, Hogsmeade or Diagon Alley? Now you can.

Since the release of the first exciting and captivating book in the magical series, Harry Potter and the Sorcerer’s Stone, published in the U.S. in June 1997, wizardry festivals and activities have sprouted like mushrooms throughout the country allowing you to experience the magic of Harry Potter. Some of these events are sanctioned by Rowling, Warner Bros. Entertainment and Universal Studios, and all transport you to a land flowing with butterbeer and spells.

“These events are very inclusive and accepting of all kinds of people. Towns rebadge their shops to reflect place names from the Harry Potter series. There are often scheduled events such as Wizard Rock and public book readings. They give people a good excuse to visit a town they may never consider,” says Dr. Patrick McCauley, co-founder of the annual Harry Potter Conference at Chestnut Hill College in Philadelphia.

So, whether you’re a new fan or old, these five events and Potter attractions are calling out your name. Don your robe, take out your wand and off we go to Harry Potter’s world of magic. 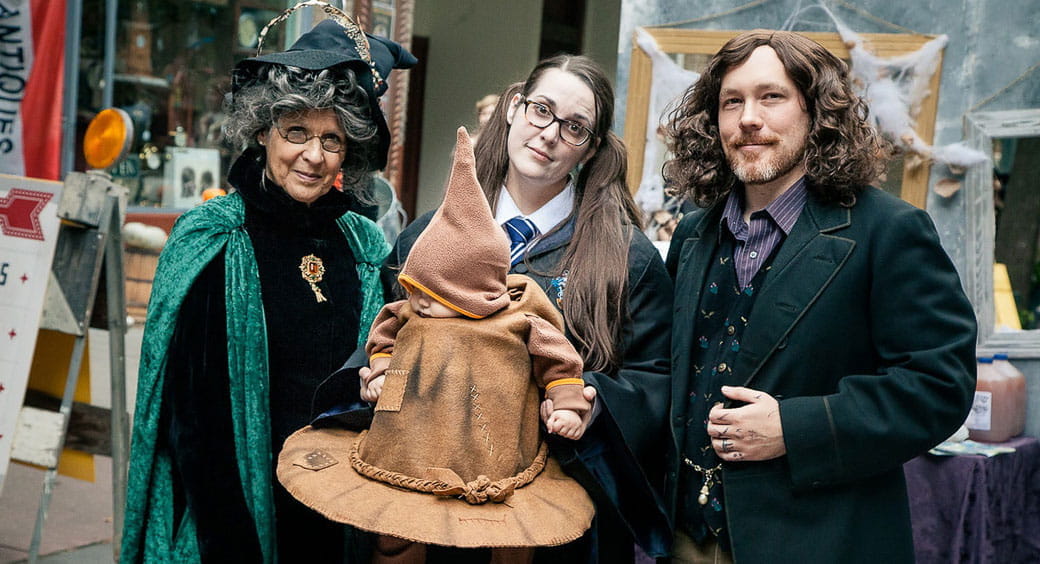 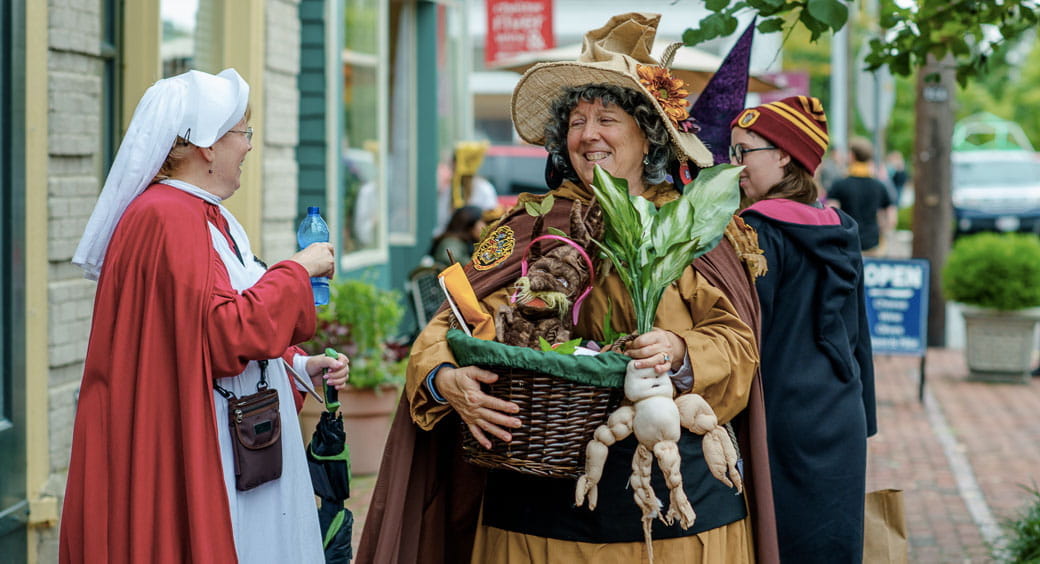 Centered around the Garfield Center for the Arts at the Prince Theatre, the Chestertown HP Festival has activities for free and with a fee. There’s a Quidditch tournament, wandmaker’s co-op, charms class, scavenger hunt through the “wizard village shops,” fun aboard the schooner Sultana, Defense Against the Dark Arts class, a magic hall of talking portraits, costume contest, Azkaban prison-break party, enchanted high tea and more.

The Wizarding World of Harry Potter in Orlando, Florida 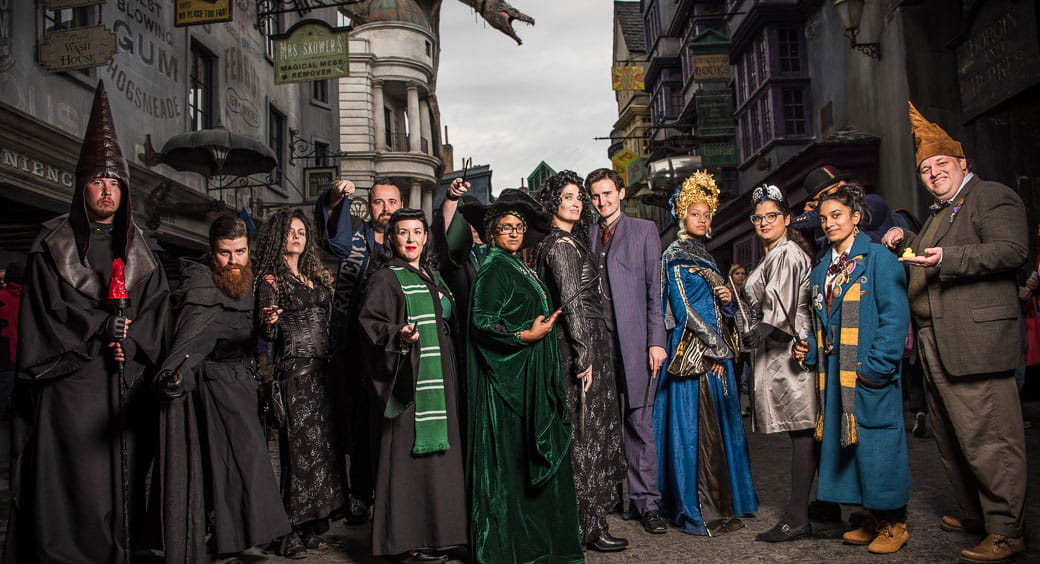 You can follow in the footsteps of Harry Potter as you roam the streets of London and spend time wandering along Diagon Alley. You’ll find the Leaky Cauldron and Ollivanders wand shop, and you can take a multidimensional ride under Gringotts bank with Harry, Ron and Hermione (be careful of Voldemort, Bellatrix, trolls and other strange beings). The Wizarding World of Harry Potter – Diagon Alley is located inside Universal Studios Florida theme park. Potter things become even more intense during the annual “A Celebration of Harry Potter” held in late January.

The Jefferson, Wisconsin, Magical Night Out starts with a Friday night lighted parade through town (anyone—even Muggles without a wristband—may watch the parade). Then, on Saturday and Sunday, you can shop, eat and peruse the merchandise; stop by the indoor Festival Village; play Wizard’s Chess and then indulge your love of mystical plants at the Mandrake Greenhouse. Of course, there’s Quidditch, hat sorting and so much more. If you don’t happen to have a flying broom, take a helicopter ride to soar high into the sky. You may shop for costumes if you don’t already have one. (At the time of this writing, ticket prices for 2018 were not available. Online wristband prices for 2017 were $25 for adults and $15 for children. Tickets can also be purchased locally.)

The Wizard School Scavenger Hunt at the Getty Center in Los Angeles, California 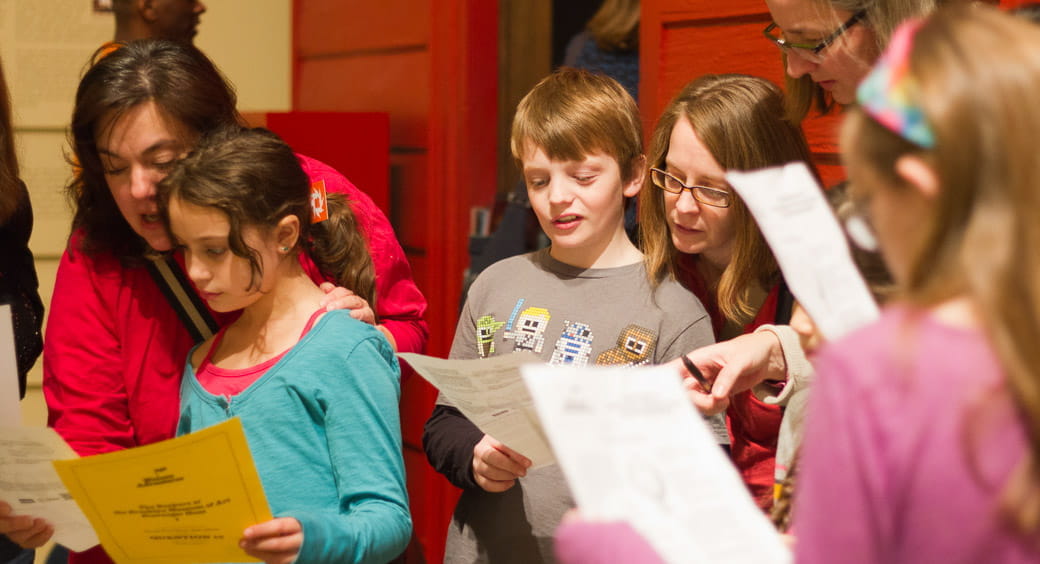 For a different type of wizardry magic, book a Watson Adventure’s Wizard School Scavenger Hunt at the Getty Center in Los Angeles. Just as it isn’t a typical Hogwarts festival, it’s not a typical scavenger hunt. Instead, children (10 years and older) and adults search the center’s art for characters, places and objects that are similar to those found in the Potter books. You may find a powerful sorceress, a Snape-like potions master, Dumbledore look-alikes or flying owls. (Admission: $19 per adult and $17 per child ages 10–17)