Have a good game plan to maximize conference time—build a relationship with parents, cover essential information and discuss a child’s progress—in 15 minutes! 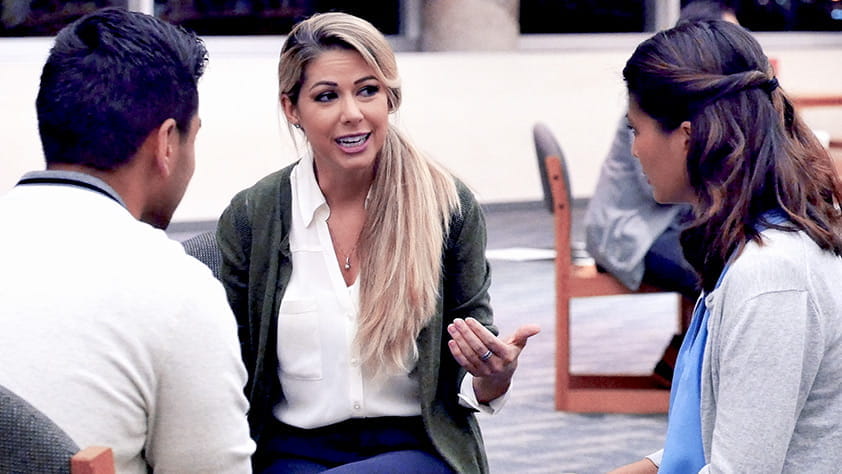 It’s not hard for a parent-teacher conference to go off the rails. If a parent has a bone to pick about the school’s dress code, for example, that conversation can quickly eat up the entire meeting time—leaving precious few minutes for a teacher to explain their child’s report card or discuss academic and behavior issues.

That’s why savvy teachers plan ahead to get the most out of their brief face-to-face time with parents. Following these tips will ensure that parent-teacher conferences are as productive as possible.

Conferences shouldn’t be the first time you communicate with parents. “I always make sure that I’ve had contact with them consistently about positive things beforehand, so there’s already a relationship,” says Katie Hartman, a fourth-grade teacher in York, Pennsylvania.

Hartman also sends a survey to parents before the conferences to find out what they want to talk about. She also asks students to fill out self-evaluations, then meets with the them to talk through their responses.

“I don’t think parents want to come and just hear a bunch of negative things, especially if their own experience in school was negative,” says Jill Franjione, a kindergarten teacher at a small school district in North Carolina. “That’s not going to create a good relationship.”

While teachers must be honest when they have real concerns, it’s best to frame them in terms of working collaboratively with parents to arrive at solutions, rather than simply listing off missed assignments and behavior problems.

“Any time you can find a way to connect with parents personally or listen to what they’re saying, that helps,” says Alina Davis, an elementary educator in Orlando, Florida. “You’re both there to do what’s best for the child, even if you might not see eye-to-eye on everything.”

One simple way to send the message that you’re on the same team as parents: Have them sit next to you at a table instead of across from you at your desk.

Instead of trying to cover everything, have a set idea of specific topics that you’ll talk about during conferences. That might mean a deep dive into the report card with all parents, or a different topic for each, depending on the needs of the child.

In either case, have specific examples of student work that can help illustrate your point to parents.

A review of in-depth projects like experiments, presentations and research papers do a better job of engaging parents than things like worksheets or raw data, says Lindsey Petlak, a fourth-grade teacher in Highland Park, Illinois. “Those have always created the best discussions between myself, the student and the parent,” she says.

“I make sure parents have a clear grasp on the terminology that I’m using,” says Davis. “A lot of times, we’re just throwing out letters that make no sense to them.” Try to avoid education-specific acronyms and jargon like “IEP,” “SLD,” and “malleable intelligence” unless you’re sure that parents will understand what you mean.

Teachers can also use conferences to dispel myths or misconceptions about education. Petlak, for example, suggests using student examples as a jumping-off point to talk about things like Common Core standards with parents. “They realize it’s not this big, scary monster,” she says. “They just need to see it and have it explained—or even better, have their child explain it to them at the conference.”

Parent-teacher conferences are most effective if they’re not a one-off event, but instead part of a larger relationship with parents. Petlak keeps the conversation going by giving parents tasks to complete with their child when they go home. In the fall, she asks them to come up with goals for the school year together. And in the spring, she asks parents to take home student portfolios and write questions and comments for their children.

“It’s frustrating as a parent if you go to these conferences and have a great discussion, but you feel like it sort of ends there,” Petlak says. “This should be the start of a discussion, or a continuation.”