Teaching is only one aspect of your job. These tips will help you stay organized, enlist helpers and enjoy your work. 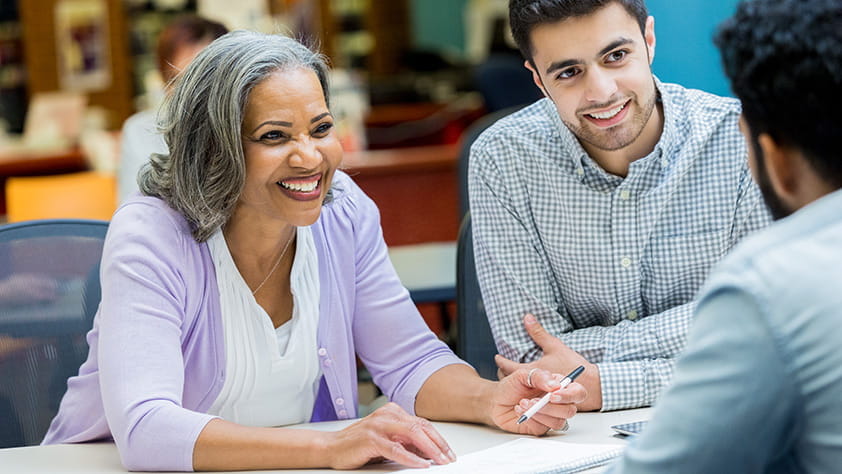 Catalina Sanchez, a Chicago middle school math teacher, jokes “even my kids can tell that I get nervous talking to other adults.”

Although Sanchez says she doesn’t have any problems talking with her students, conversing with other adults can be a challenge. “I’m a very quiet person,” says Sanchez, who taught at several schools in East St. Louis before teaching in Chicago. “So I didn’t always speak my mind.”

As a first-year, first grade teacher at Lilly-Freeman Elementary in East St. Louis, Ill., Sanchez decided to speak-up and tell her principal not only her ideas for the classroom, but her preference to teach higher grades. “I was honest from the get-go,” Sanchez says. That forthrightness led to Sanchez team teaching math for third and fourth graders, along with her original class. “If I wasn’t honest, my principal probably wouldn’t have allowed me to team teach the third and fourth graders.”

From cultivating a relationship with the principal to dealing with extra-curricular committees, paperwork and teacher cliques, there’s a lot to manage as an educator besides the actual day-to-day teaching responsibilities.

Here are eight tips to help any educator deal with school life.

1. Understand your principal’s role, then assist. Charles Jean-Pierre, an art teacher for Ludlow-Taylor Elementary School in Washington, D.C., jokes that he “was never the best athlete,” but knowing how to be a team player is important. “Understand the role of your principal and understand things outside of the role of being a principal and help do the intangible things,” he says. The principal is usually the first one at the school and the last person to leave. “Make sure the principal doesn’t feel all alone,” Jean-Pierre says, who helps greet students 10-15 minutes before school and after school with his principal. “If you’re in the trenches with somebody, I think they are a lot more willing to do something for you,” he says.

2. Build a strong relationship with your principal to help with tough situations later on. “I’m African-American,” Jean-Pierre says. “And I had a white parent tell me I’m not teaching enough African-American history to my students, even though I’m teaching jazz, blues and art. It was an awkward situation. Because I had a good relationship with my principal—who told me to keep doing my job—I didn’t feel alone. But if I didn’t have that rapport with my principal I wouldn’t have felt comfortable talking about it.”

3. Go beyond ‘hello’ or ‘good morning.’ To build a relationship with your colleagues—and to break down cliques that can form at work, Jean-Pierre suggests taking a few extra seconds to go beyond a simple greeting and “check the temperature” of fellow educators. “A lot of people just say good morning and don’t expect anything further” he says. “I use follow-up questions like ‘How are you feeling’ or ‘How did that basketball game go.’ A lot of educators are stressed out, and taking that extra five seconds can make a huge difference. Because saying good morning is just obligatory, but listening is priceless.”

4. Find a mentor. “Try to find an experienced teacher on staff you can [go to and] ask questions,” says Kwadwo Oppong-Wadie, a third-grade teacher in Chicago. “No one is going to train you on how to do everything.” By soliciting advice from other teachers, he was able to create a check list of what to do (and not do) before parent-teacher conferences.

5. Create a filing system to stay on-top of paperwork. If you’re teaching multiple grades like Sanchez, she recommends creating a filing system by grade. To save on costs, she used flat-rate shipping boxes from the post office, bound them together with duct tape and color-coded them according to grade level. “I’m the queen of organization and making to-do lists,” Sanchez says. “And I try to be as detailed as possible, so if administrators, other teachers or parents need to see it, it’s professional.”

6. Volunteer for after-school activities you enjoy. For Oppong-Wadie, a native of Ghana, that’s meant working with the International Student Club, starting volleyball and ping-pong clubs and working with the debate team. Sanchez says her after-school involvement includes: the school’s spelling bee, a career fair, a lock-in pajama night and running a family math night with real-life activities about finances and converting money as students stamp a passport and travel to different countries in various classrooms.

In addition to other activities, Jean-Pierre says he works with the chess club at school twice a week. With 12 students, Jean-Pierre says it’s his chance to unwind and work with a smaller group of students compared to the more than 300 he manages in his art classroom. “Pick something you’re really interested in and work with a targeted group,” he says.  “You set the tone, you set the pace and you know what you’re getting into.”

7. Enlist others to help. As an art teacher, Jean-Pierre has to manage 330 students. To help manage the sheer volume of work he enlists parents as helpers. “If I’m running low on supplies or can’t get them right away, I have parents who are willing to step up, because they know I’m creating quality work in my classroom.”

8. Have fun!  “It gets you through the day faster,” Sanchez says.  “You’re going to have great days and days you want to go home and pull out your hair.” But find something fun or funny that makes you laugh, she says, “even if it’s the lesson you are doing and kids are laughing at you.”