Start Next Year Right by Getting Organized Now

Make the end of the school year a time for celebration, not chaos. The secret? Having a classroom pack-up plan. 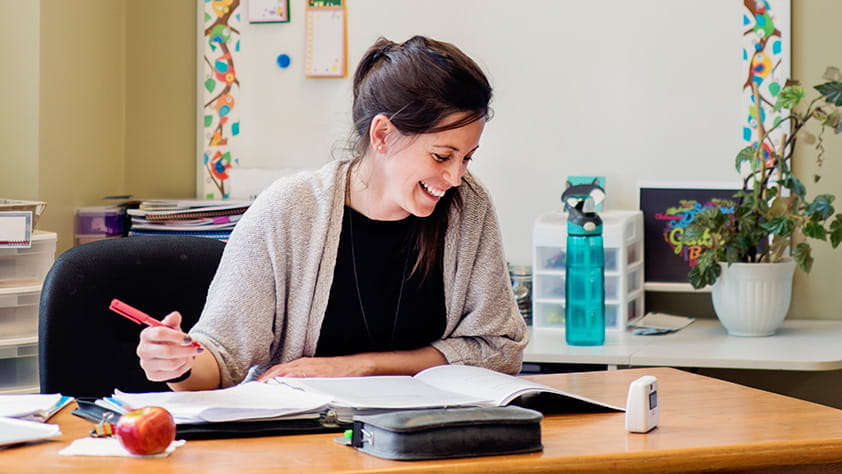 When Jessica Hoyle started teaching, she inherited the classroom of a 20-year veteran, complete with old handouts, books and other materials.

Packing up at the end of the year, she says, was a “disaster.”

“I had no idea how to pack, where to put things,” says Hoyle, a third-grade teacher in Plainville, Massachusetts. “I didn’t know what to throw away and what to keep. By the end of the year, it looked like a bomb had gone off. I told myself, I would never have an end-of-year pack-up go like that again.”

And she didn’t. Now years later, Hoyle has come up with systems that help her pack up without panicking. These tips can help you do the same.

“I usually start by making lists of things I have and things I need,” says Hoyle. “If I have 1,001 folders in my closet, I know I don’t need to order them again.”

“That’s also a good time to get rid of the things you don’t need anymore,” she adds. “Unless you can find a use for broken crayons and dried-out markers, there’s no sense keeping them, because it’s just more stuff.”

Kathy Jenkins, a certified professional organizer in Virginia who works with teachers and students (theorganizingtutor.com), recommends purging with a purpose. When discarding student work, for example, teachers should remember to pull out the best examples to show future classes or for their recertification or tenure processes. But don’t just store the examples in a general “student work” folder, she says.

Have more glue sticks, construction paper or colored pencils than you can use? Jenkins recommends leaving surplus materials in the teachers’ lounge for colleagues to take. “Your excess is going to be somebody else’s treasure.”

“Take pictures of your classroom before you take it all apart,” recommends Lori Rosenberg, an elementary teacher in Coral Springs, Florida. “Everything that was on walls, where the furniture is, what bins were where—you tend to forget.”

Do a little each day

“I pack a little bit each day—things that nobody will miss, so that I’m not frantic,” says Rosenberg. The first things to go into boxes are books from the early part of the year and her knick-knacks, which she wipes clean before packing. “I’m one of the first ones out every year.”

Especially in the early grades, students are eager to help teachers pack up their rooms. “We’ll organize the classroom library and reset all the table caddies with the pencils and the crayons and the glue,” says Tiffani Mugurussa, a kindergarten teacher in Rohnert Park, California. “They feel really proud to help prepare the classroom for the incoming kids.”

Have a ‘bin system’

There are a million ways to organize your boxes. Pick one and stick to it, or else your scissors will end up at the bottom of a bin, buried beneath an ocean of paper clips.

Rosenberg likes to number each of her boxes, and she keeps a master list where she writes down each item that goes into each box. “You start adding things and lose track,” she says. “With a master list, you always know where something is, no matter how small.”

A Wisconsin first-grade teacher who blogs under the pseudonym CaseyJane Cooper at wigglingscholars.com, prefers to segregate boxes by academic subject—one box for reading, one for math, etc. “I avoid packing by area,” she says. “I pack by concept. That way, if I need something later, I’m not thinking, ‘Where was it last year?’ I’m thinking, ‘It must be in my math box.’”

Cooper recommends avoiding hoarding, but she still tucks away a few sentimental keepsakes in a special place. “There are certain notes that touch your heart, and I keep those in my memory box,” she says. “For everything else, it’s had its time to be loved and cherished, and then you send it on its way.”