Tips for Using Crowdfunding to Restock Your Classroom

Crowdfunding sites have helped educators get thousands of dollars in supplies for their classrooms. Here’s how you can do it, too. 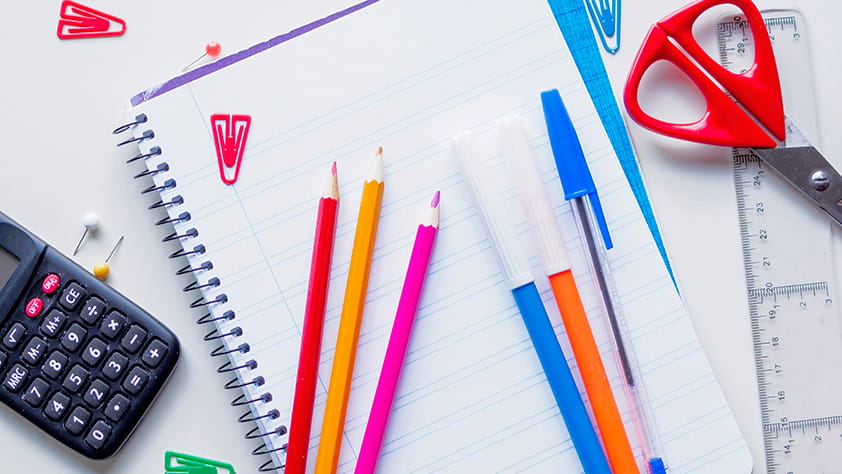 Amani Abuhabsah, a science teacher at Dawes Elementary School in Chicago, says she’s “tried everything” to get supplies for her classroom. But the one thing that has consistently worked is writing small “grants” on DonorsChoose.org—the site that allows teachers to seek donations for classroom projects.

“I teach over 600 kids,” Abuhabsah says. “No one [person or business] is going to give me 600 notebooks. So I’ll go online and talk about why I need them.”

Are you currently looking to replenish your dwindling classroom supplies? You may want to give this crowdfunding tactic a try! Abuhabsah has had more than 160 projects funded on DonorsChoose. Here, she and 3 other teachers share their tips for running a successful project so you can hit the ground running.

Focus on students, not supplies

When Abuhabsah asks donors to fund the purchase of straws, popsicle sticks, rubber bands and cups, she doesn’t put the phrase “basic supplies” in her project headline. Instead, she talks about what the students will be doing with the supplies—building catapults while learning about the engineering design process. “I want the potential donor to close his or her eyes and get an image of exactly what my students are going to be doing,” she says. “If I read it over and I don’t see that, I rewrite it.”

“If you’re asking for construction paper, really show what you’re doing with it and how you’re using it to propel your mission forward,” advises Genein Letford, a music teacher at the NEW Academy Canoga Park elementary school in California, and the first teacher to become a board member of DonorsChoose. “If you’re a great storyteller, you can ask for pencils and tape, and people will be all over it.”

“Sometimes teachers will mention this pedagogy or that process, and people have no idea what they’re talking about,” says Dave Stuart Jr., who teaches history at Cedar Springs High School in Michigan. “Obviously, your reader is typically not a teacher, and those projects are going to be less likely to get a click.”

Rather than referring to students’ Lexile levels, for example, Stuart suggests using lay language such as, “I want my students to be able to reading anything they come across as an adult.”

Teachers should resist the urge to lump their entire wish lists into a single project, says Abuhabsah. “If you just need pens and pencils and notebooks, don’t start adding games, too,” she says. “For your first few times, I think you want to keep the total around $200.”

Stuart advises teachers to shoot for an even lower amount. “If you can limit yourself to $100 per project, you’ll be much more likely to get funded,” he says. “People like to have the sense of, ‘I just finished that project,’ or ‘I paid for half of it with my 50 dollars.’”

Donors don’t always read through dozens of projects before deciding what to fund, so it’s important to have a snappy headline and an eye-catching photograph to draw people in. “It’s like writing anything on the Internet,” Stuart says. “You want to get attention. ‘Bring History to Life’ is a way better title than ‘We Need These Books.’”

Once you have the basics funded, don’t be afraid to write more grants. Sometimes, big companies will “flash-fund” grants, donating to all of the projects in a given geographical area. “I tell my colleagues, ‘Always have a project up, just in case,’” says Andy Yung, a pre-K teacher at PS 244 in Queens who has had $65,000 worth of projects funded on DonorsChoose.

Teachers are sometimes shy about asking for what they need, but Stuart says that many donors are thrilled to help. “You’re giving people an opportunity to be a part of what you’re doing,” he says. “A lot of people love to give to education. As teachers, we take for granted how we get to be in the classroom every day. We see the ups and the downs, but the ups are pretty amazing.”

Teachers should do more than simply share their projects with their immediate friends and family. “Teachers have to be promoters for themselves,” Yung says. “By the 99th time, your friends aren’t going to be there to keep giving money, so you have to rely on the generosity of strangers. I’ll put up a project as a public Facebook post, and I’ll ask my wife and brother to share it, too. You never know who’s out there who is willing to help your students.”

Letford’s first funded project was a rug for her classroom—a rug that students are still using a decade later. She says that first project showed her the positive impact that strangers can have on her students. “It really opened my eyes that, wow, there are people out there who don’t know me, who care about my classroom and my students,” she says. “It fills your heart with joy to know that you’re not in this alone.”

Save on supplies for home and school