Whether you like brisket or ribs, sauces or dry rubs, don’t miss this roundup of the best barbecue restaurants and regions to visit. 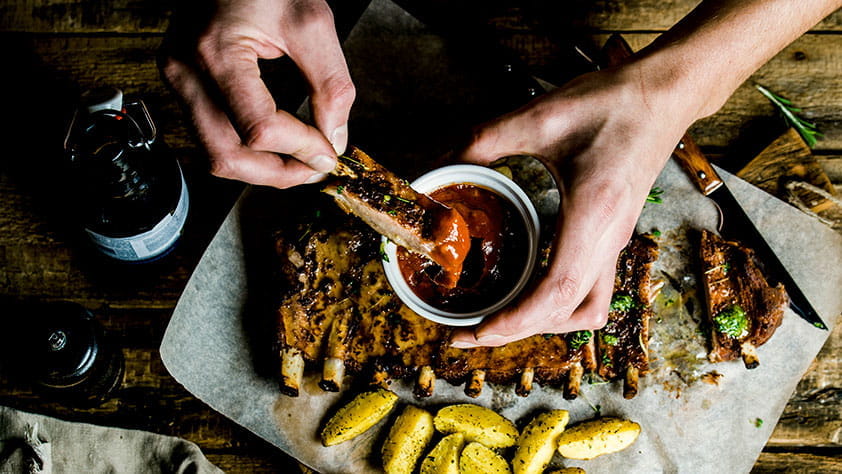 For some of us, a getaway isn’t complete without some seriously good eats—and few eats inspire more passion than barbecue. We rounded up some can’t-miss joints in each of America’s top barbecue regions, leaving you with a full belly and a sated soul.

There’s more than one Gates outpost—you can tell them by their distinctive red roofs—and the staff at each location rightly call themselves “rib techs.” Established in 1946, Gates is famous for its smoky, tender meats and signature sauce. (Be sure to pick up a bottle on your way out.)

Follow the Mississippi River to Memphis for something entirely different. Rather than sticky sauces, Memphis barbecue gets its bite from dry rubs of spices applied to pork ribs or shoulders—with mouthwatering results.

Back in 1948, Charlie Vergos began barbecuing ribs in the basement of his diner—and came up with the original dry-rub recipe, which is still the benchmark today. People seem to like it: Not only have Charlie’s ribs won multiple foodie awards, they’ve been served on Air Force One and at a White House inaugural gala—hopefully with plenty of wet-naps.

The taste of Carolina barbecue depends on which Carolina you’re in. In much of North Carolina, they use ketchup in their sauces, while South Carolina sauces are usually mustard-based. But both states agree: Pork is king, and sauces should go heavy on the vinegar to provide that signature Carolina barbecue tang.

North Carolina has two main schools of barbecue thought—Lexington and Eastern. Allen & Son combines the two styles, slow-cooking pork shoulder in brick pits, a la Lexington, and serving it with a ketchup-free sauce, as is the Eastern way.

Farther south, the accent is twangier and the sauce is tangier. Sweatman's slow-cooks its pork for 12-14 hours while basting it in their secret mustard sauce.

In most regions, barbecue is based on the meaty triad of beef, pork and chicken. But in Kentucky, they serve up something unexpected.

If you’ve never tasted mutton—lamb’s older sibling—now is the time to give it try. Owned by the same family since 1963, the Moonlight is known for barbecued mutton. (Don’t be intimidated by mutton’s reputation for toughness—low and slow keeps it tender and flavorful.) Adventurous diners can go even further afield and sample some burgoo, a spicy Irish stew.

If you’re traveling through the Central Texas barbecue belt around Austin, a stop in Lockhart—named the “Barbecue Capital of Texas” by the Texas Legislature—is a must. Lockhart’s iconic barbecue joints aren’t fancy—expect paper plates and napkins—but their savory sausages (reflecting the region’s German heritage) and slow-cooked, fork-tender brisket are heavenly.

Old-school barbecue doesn’t get any better than this. When Charles Kreuz opened his grocery store in 1900, he cooked up barbecue for his customers and served it on butcher paper. While the location has changed, the delicious meats and down-home presentation have not. Expect to be licking your fingers—not just because the brisket and sausage are so tasty, but also because Kreuz Market has a “no forks!” policy. 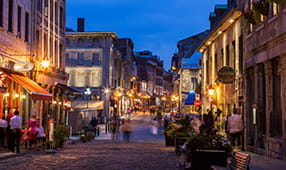 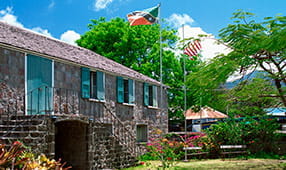 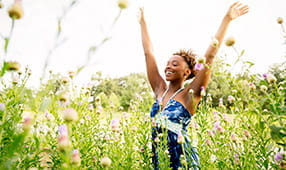 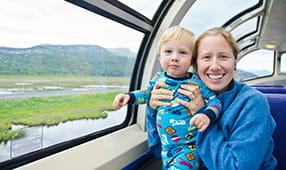